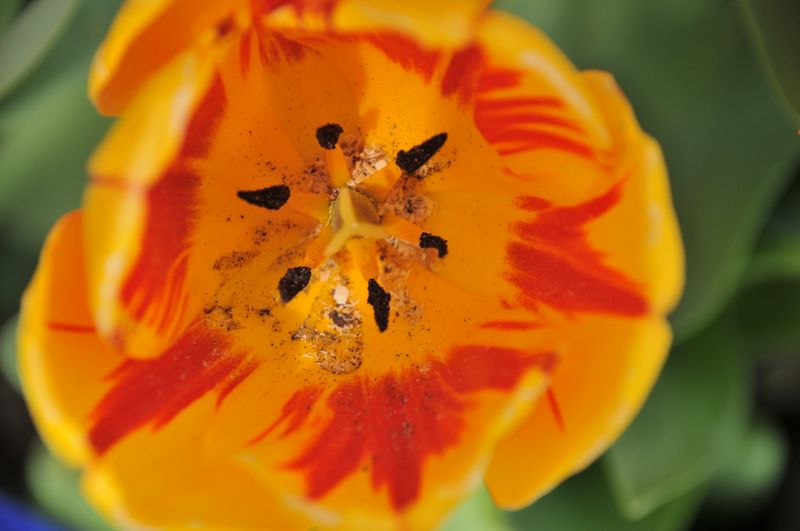 Before Photo:  Another tulip — just had to post this photo — if you've seen it before, you're right — but now I want to show you something really cool. 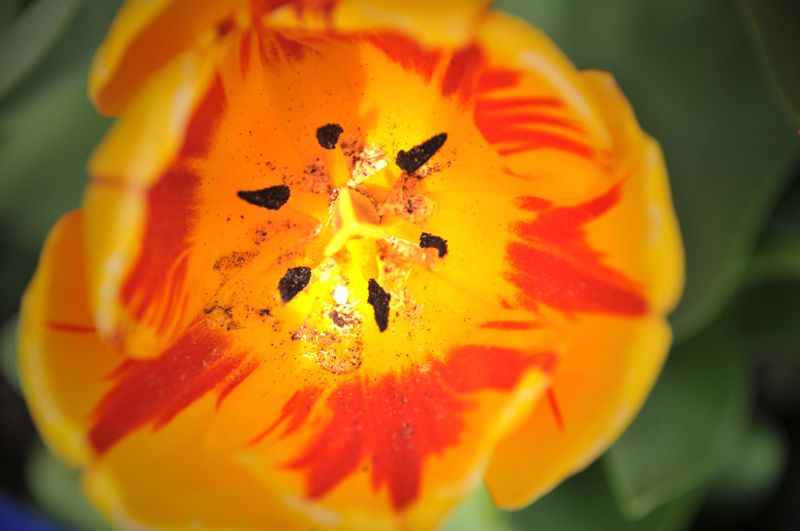 It's all documented in tomorrow's post — already done — I can't hardly believe it myself.

Apparently all is not well in the world of scrapbooking.  Creating Keepsakes failed to launch its Hall of Fame Contest this year, and has now confirmed that it will not be holding either the Hall of Fame or Scrapbooker of the Year Contest for 2009.  According to Scrapbook Update:

Creating Keepsakes is calling this cancellation of the contests for 2009 a "hiatus", and says that the status of the contests will be evaluated again in 2010. The company blames the recession for the lack of contests in 2009, calling the decision "a business decision that was made based on the current economic conditions." As reported on Scrapbook Update last week, Creating Keepsakes is under great economic stress currently, with its lenders having called in a turnaround/bankruptcy consulting firm to negotiate with its many creditors.

The economy may not be the only reason for the lack of contest in 2009. Recent contests have sparked often negative discussion about the company centered on judging and other topics in connection with them. In particular, the 2007 Hall of Fame contest was marred by controversy over the enforcement of rules requiring that entrants have taken all their own photos. One winner was disqualified and another withdrew her entry over questions of whether they had taken all their own photos. The contest – and the scrapbooking community – received a major black eye when the disgruntled disqualified winner managed to get a heavily one-sided version of her story published in several mainstream news outlets, including the New York Times.

I was so intrigued by the 2007 Hall of Fame contest, I Googled the article from the New York Times, and the woman in question had a book published by Making Memories (a competing Scrapbook Magazine company) and was known for her “edgier,” “more art focused and more journaling focused,” and that she always “touched a lot of nerves.”   This is where I am in my scrapbooking journey — and I often feel that I'm on this journey alone.

Apparently there is a lot of discord in the Scrapbooking industry with what is published — endless layouts of kids and families — which is great and wonderful but it leaves a void for those who are not in that phase of our lives.  So perhaps the shake-up at all the scrapbooking magazines will help to expand the focus of what scrapbooking is really about — documenting ALL the phases of our lives — not just the 18 to 20 years we have kids.

Week in My Life Project