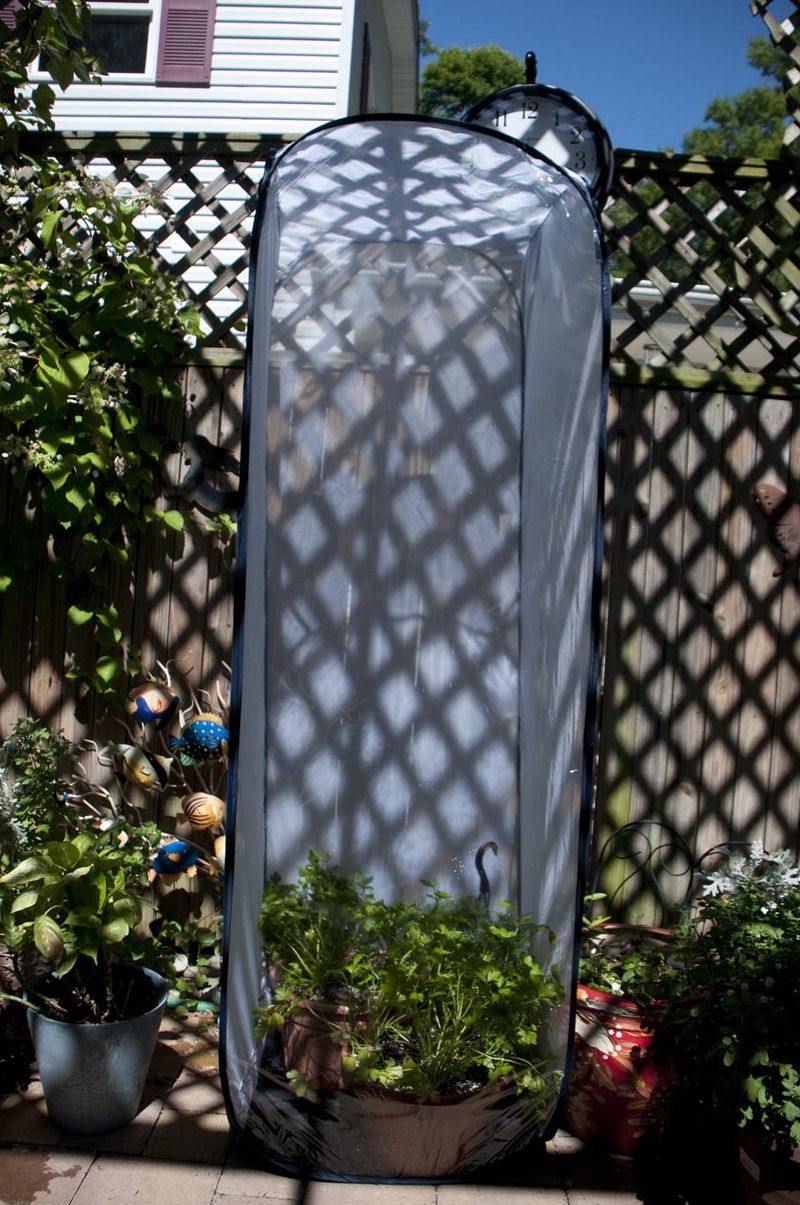 This is my new caterpillar castle.  A lot taller than the old one, but about the same square area.  It's a good thing I ordered it early because this year I planted dill in my garden and on June 2nd, look what I saw: 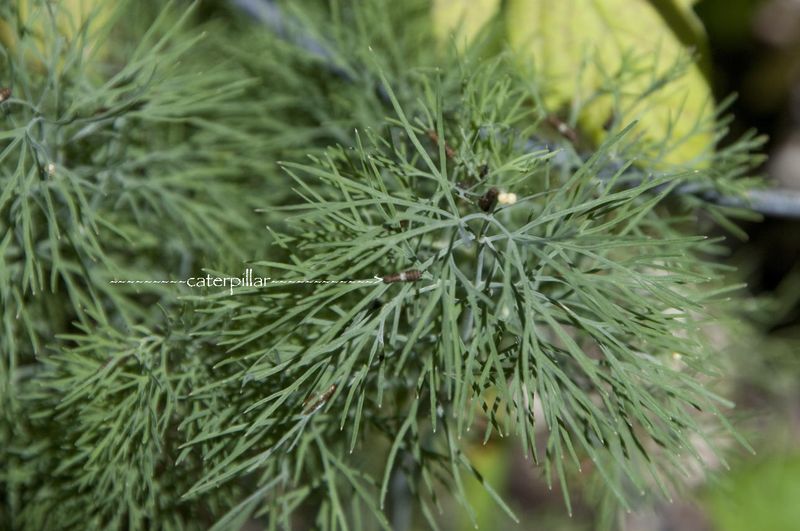 This is how the caterpillars are progressing after I moved the dill plant (and some parsley plants) into the caterpillar castle (so hopefully enough food for all): 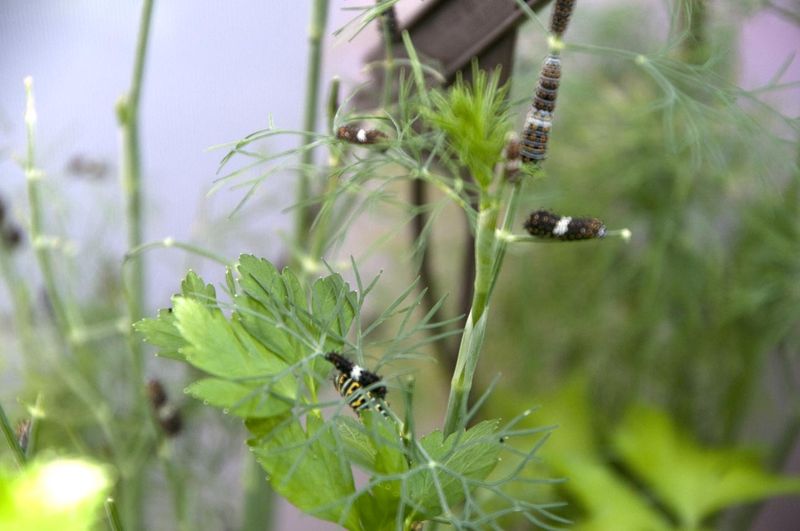 The caterpillars are in various stages of development. 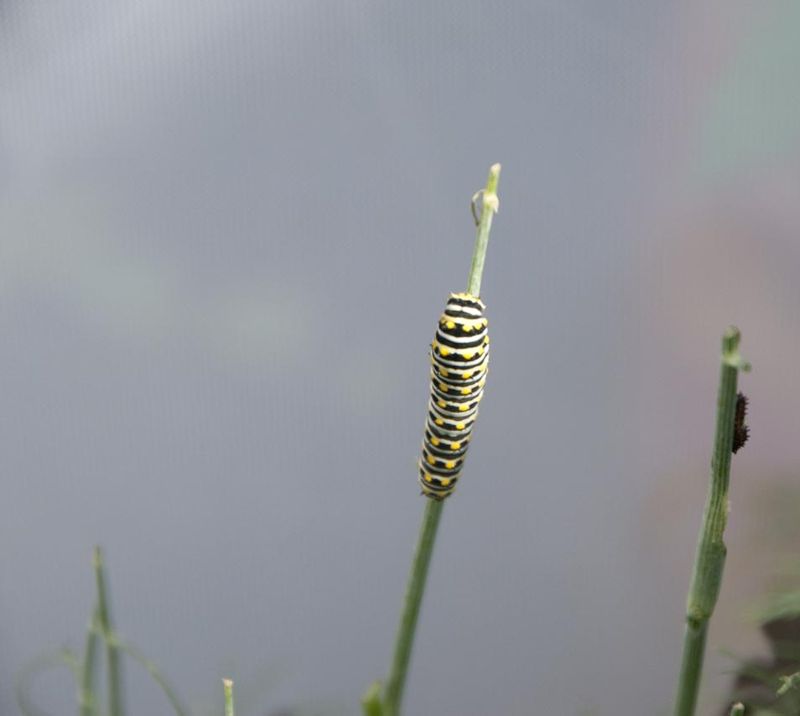 This is the biggest one by far.  You can see how the caterpillars have stripped the dill clean and are slowly moving onto the parsley.

There are still two chrysalis in the old caterpillar castle from last winter.  I am almost certain they aren't viable and will never produce healthy butterflies.  But just to make sure, I called Brookside Gardens and spoke to one of the staff that handles their butterfly exhibit each and every year called Wings of Fancy.  (This is a wonderful exhibit to go and see, adults and kids alike will be fascinated by all of the species of butterflies flying around.)

I spoke to a woman named Kathy (imagine that), and she had the same opinion that the chrysalis were most likely not viable.  I excitedly told her about all of the caterpillars I had in the castle, and she said (in a very nice way) that I was interfering with the laws of Mother Nature.  She said that not all of the caterpillars were meant to be butterflies, and some are meant to be food for other insects and birds.  This is the cycle of life.  Just like my hummingbirds come to feed off of the nectar I put in the feeders, they are feeding their young insects and caterpillars.

Kathy suggested that I just keep a few caterpillars in the castle since I enjoyed watching the process, and let nature and the cycle of life handle the rest.

Kathy also didn't recommend keeping chrysalis in the castle over the winter.  When I told her that the Live Monarch Foundation had a philosophy of planting milkweed (the only thing monarch butterflies will eat) and using the castle to re-establish their population, her word again, was "interventionist."  She was all for planting as much milkweed as possible, but letting nature take its course, or just keeping a couple of caterpillars for the castle.

This entry was posted in Butterflies.