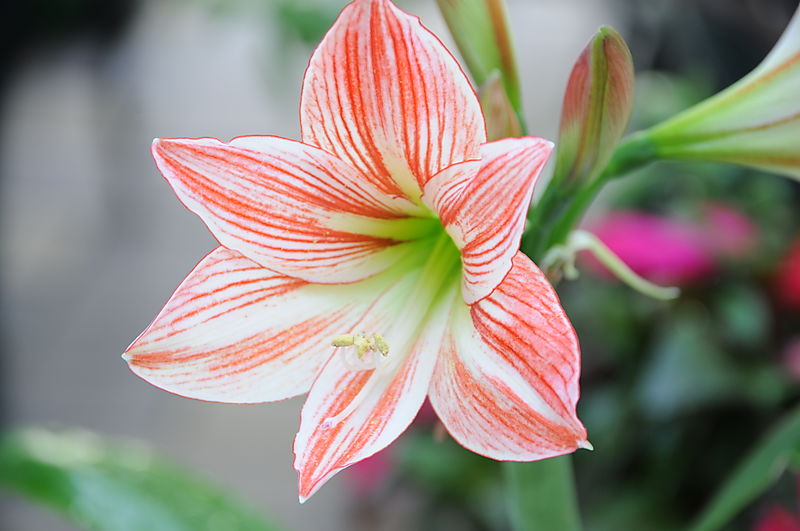 I have an amaryllis blooming right now as the above photo shows ~ what a surprise.  “The Amaryllis is a tender bulb which originated in the of . Therefore, unfortunately, it can only be grown outdoors, year round in USDA zones 9-11. In other zones, the potted plants may be moved outdoors after the danger of frost has passed but must be brought back indoors in September.”  From The Gardener Helper.

Well, there’s nothing tender and something special about my amaryllis because it survived the entire winter outside – one of those pots I forgot to bring in, and forgot to cut off the leaves in July and put the bulb in a cool dry place for at least 8 weeks before planting again.  Did none of that – and this spring when I was cleaning up, I was going to throw out the bulb because I thought it was dead after being outside all winter – to my surprise and delight, I saw some green shoots breaking the surface of the soil, so I left it alone and now look at what a great and wonderful surprise.  There are at least four more blooms that haven’t opened up yet.  I’m going to take care of this bulb proper this summer and hope for more blooms around Christmas.  Something magical happened in my yard this past winter – I also had one parsley plant (an annual in this area) that survived the entire winter as well – all of my other parsley plants died except for this one.  Someone very smartly remarked that it was a very warm winter and that's the reason — whatever…. 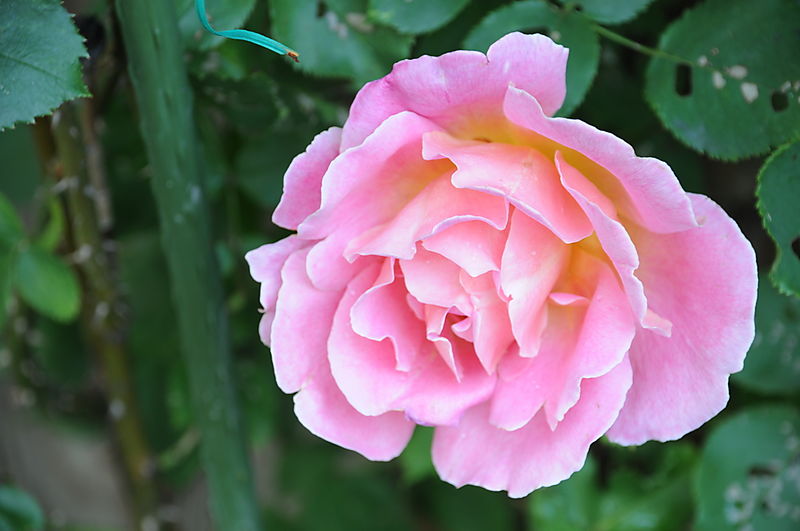 My roses are also doing really well this year – the above photo is a beautiful shot of the last of these blooms – it will bloom again in late summer.

Today was another beautiful day to be outdoors – so I took my New York Institute of Photography lessons from Unit 2 outside with the tape recorder to listen to the audio and read – finished the lesson on Exposure and now have to deal with the lesson on Filters and I’m done.  I have my photos selected as well and have uploaded them to Flickr for viewing.  If you click on the photo, it explains the technique, which I will reiterate here.  The three techniques are:  (1) The subject is supposed to appear as large as the background using the rule of thirds — the subject is slightly off center; (2) Demonstrating the technique of converging lines — the appearance of the lines getting closer together the farther down the pier you go — just an illusion; and (3) Demonstrates the technique of framing the subject.

Tomorrow, I have to pack and get ready for CKU Houston!