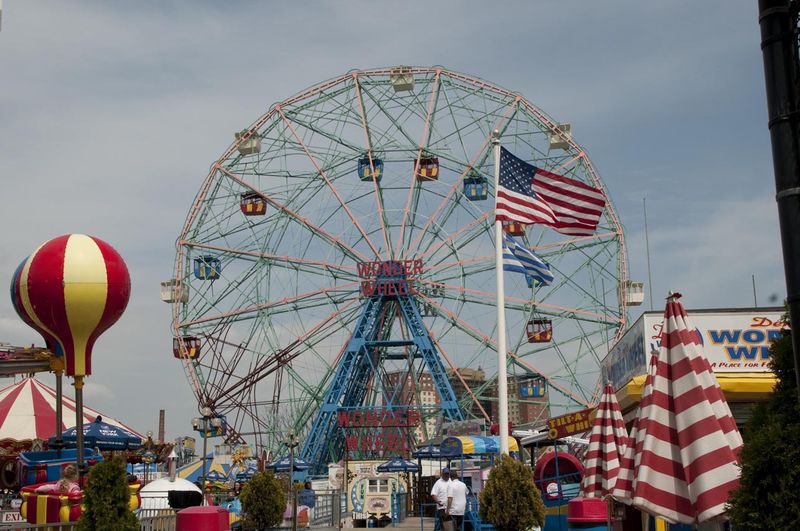 Today's post is going to have lots of photos from Coney Island, New York, which I paid homage to on Sunday.  Coney Island is located in Brooklyn right in the Coney Island neighborhood and accessible from Manhattan by subway.  From my hotel in Manhattan, I would have taken the N line directly to Coney Island, without having to transfer.  The ride takes about 45 minutes each way.  I have seriously romanticized views of historic places, and the way people dressed and lived way back when.  I have always heard about Coney Island and how popular it was in its hey day, and wanted to go and pay tribute to a national landmark.  The day was beautiful and unseasonably warm for this time in April.  It was a short sleeves and shorts kind of day. 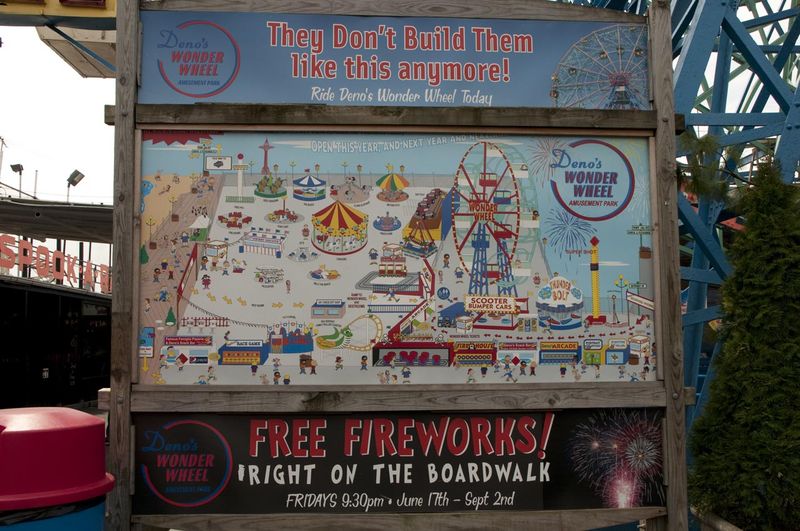 Coney Island's roots can be traced back to the 1830s and 1840s when holiday travelers could reach the resort in two hours by carriage roads and steamship.  The original Coney Island hotel was constructed in 1829, and several others followed, each attempting to out do the other with its opulence.  Sadly, none of the hotels are left standing.  Coney Island became a major resort destination after the Civil War.  In the 1860s, the streetcar lines reached Coney Island, and at the beginning of the 20th century, steam railroads connected Brooklyn to Manhattan, and people were able to take day trips to Coney Island in the summer to escape the heat of the city. 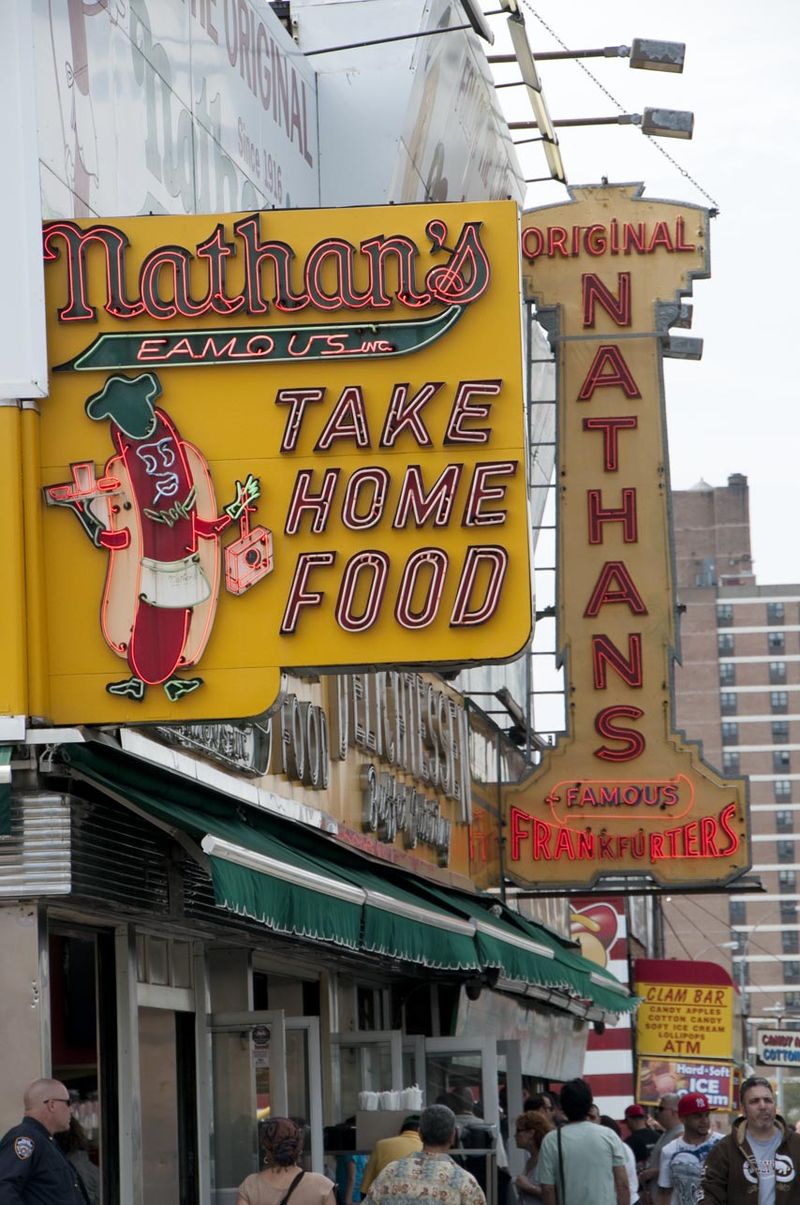 In 1916, Nathan's famous hot dog stand opened, and every fourth of July since then there has been a hot dog eating contest.  Only since the 1990s has the contest gained in national popularity. 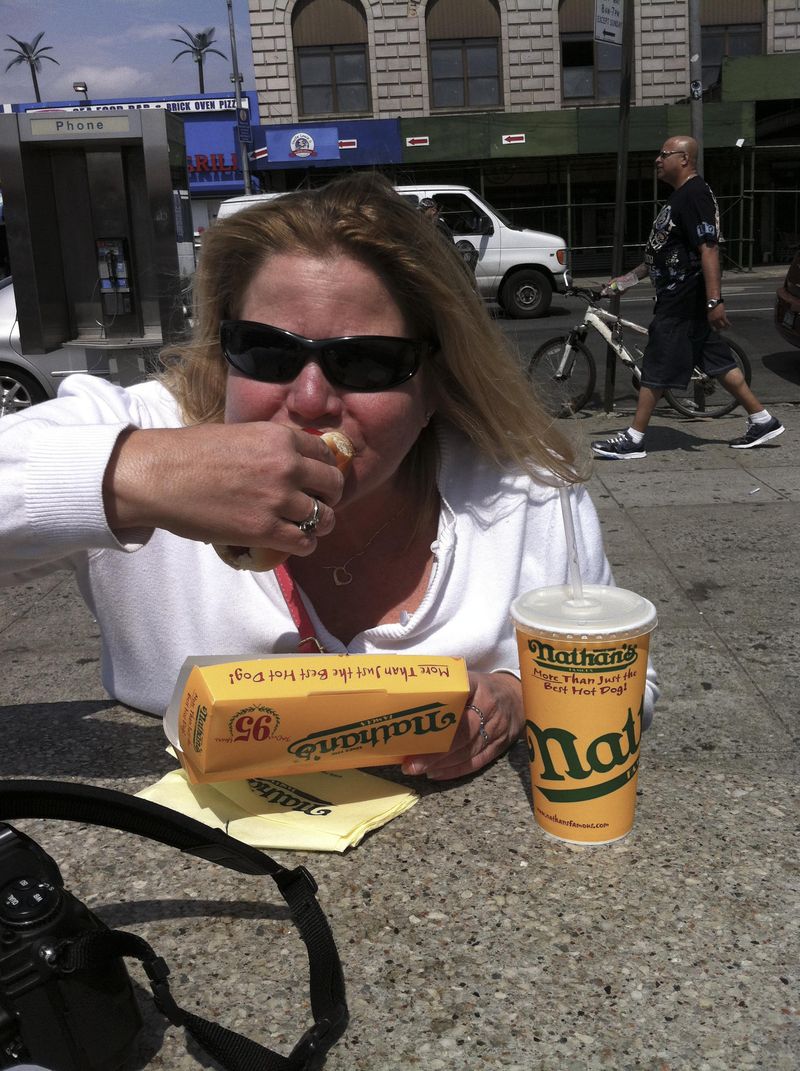 Here I am, eating my ONE Nathan's hot dog.  (A must for nostalgia's sake). 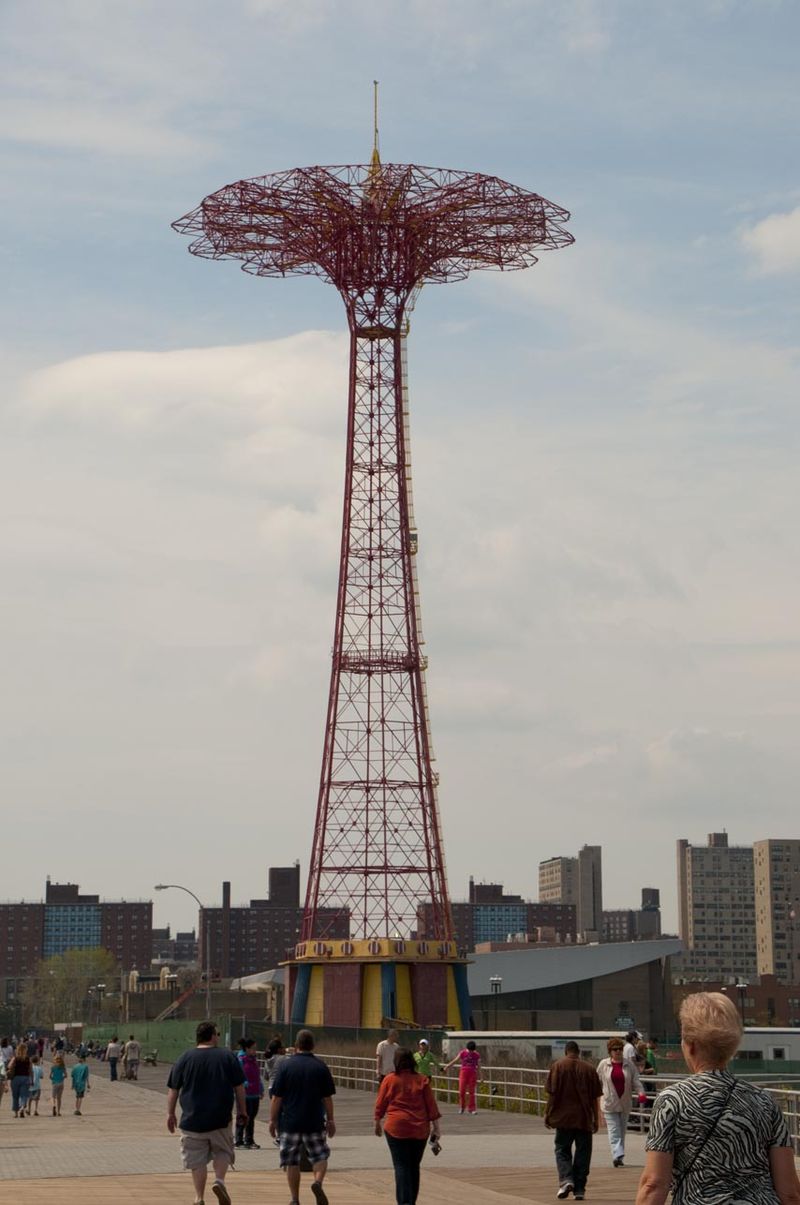 This famous landmark is called the Parachute Jump and was a part of the 1939 New York's World Fair in Flushing Meadows Park in Queens, and was moved to its current location in Coney Island in 1941 as part of the Steeplechase Amusement Park.  The jump attracted a half million riders annually.  Steeplechase closed in 1964, and a result of rising crime in the area, a decline in customers, and competition from other amusements in the area.  The Parachute Jump is the only remaining structure on the property.  In 1980, the Parachute Jump was placed on New York's register of historical places, and in 1993, the structure was stabilized, and repainted with its original colors, but it still suffers from rust due to the surrounding salt air. 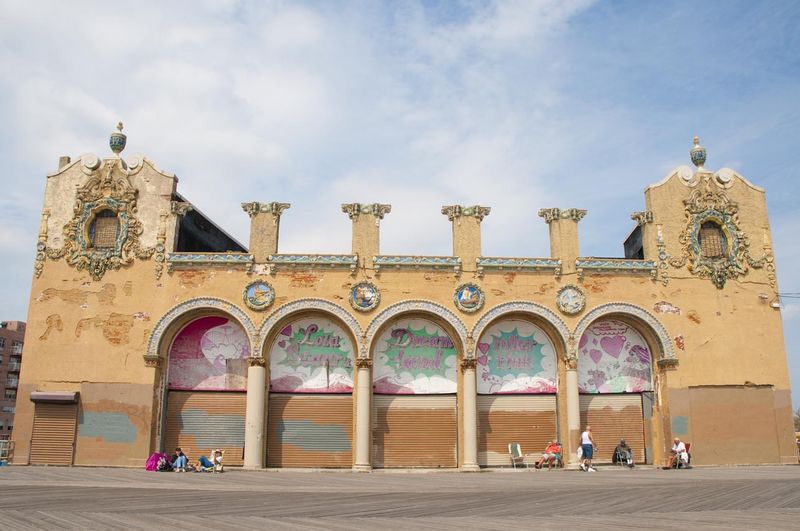 This is the famous Childs Restaurant Building, completed in 1923, and now standing vacant.  The building still retains some of its former splendor with the ornate carvings of Neptune and scenes from the sea in the round discs in between the arches towards the top of the building. 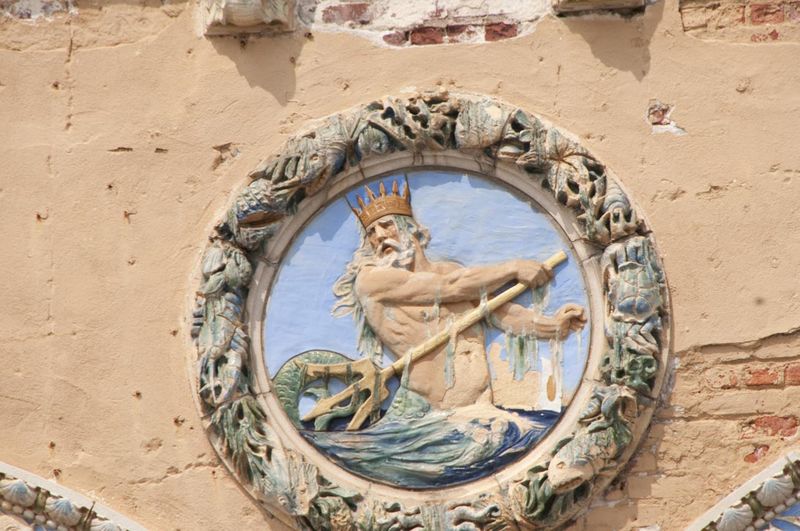 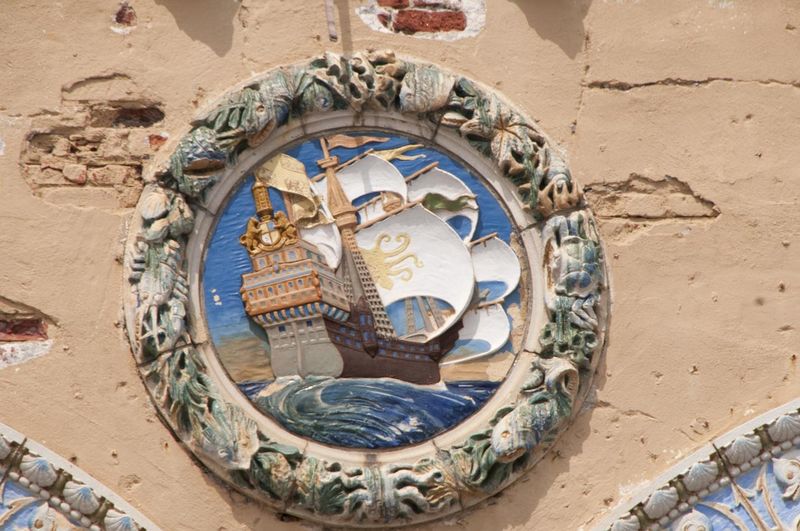 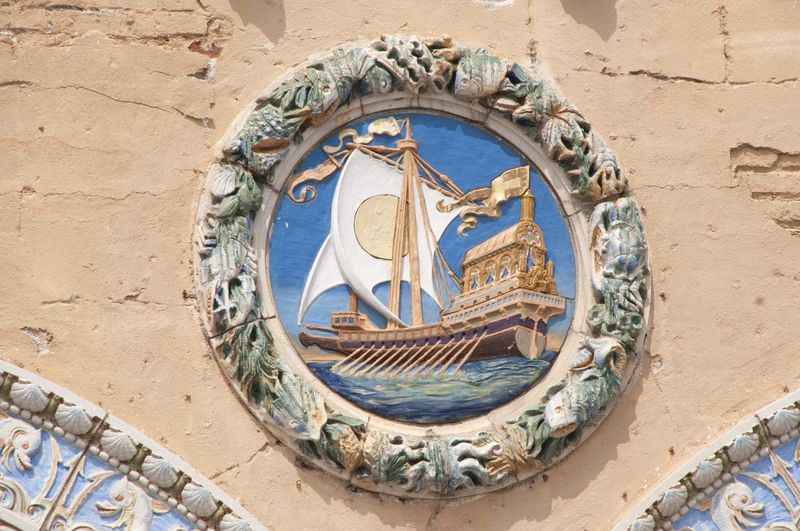 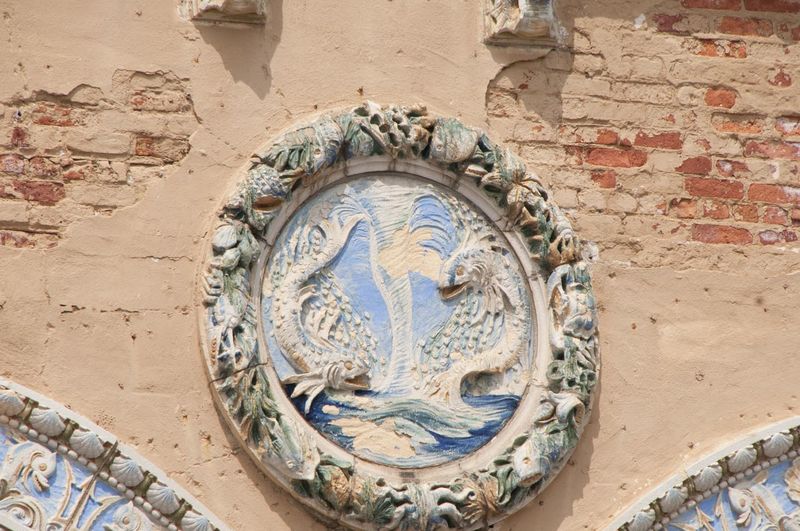 Here is a great article describing the history of this building and the Childs Restaurant chain.

Coney Island began to decline after World War II with the popularity of air conditioning and the automobile, which provided accessibility to other, less crowded parks.  In the 1950s, street gangs spread onto Coney Island, and discouraged visitors from going to the amusement parks.

In recent years, Coney Island has come back to life with the addition of a sports complex, including a baseball stadium, which is home to the Brooklyn Cyclones, a minor league team owned by the New York Mets. 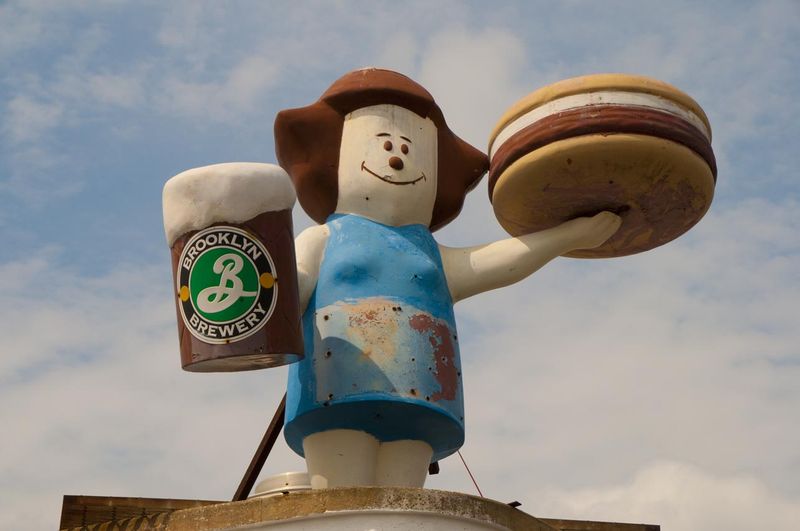 I just loved this little statute on top of one of the buildings, serving a burger and a beer from the Brooklyn Brewery. 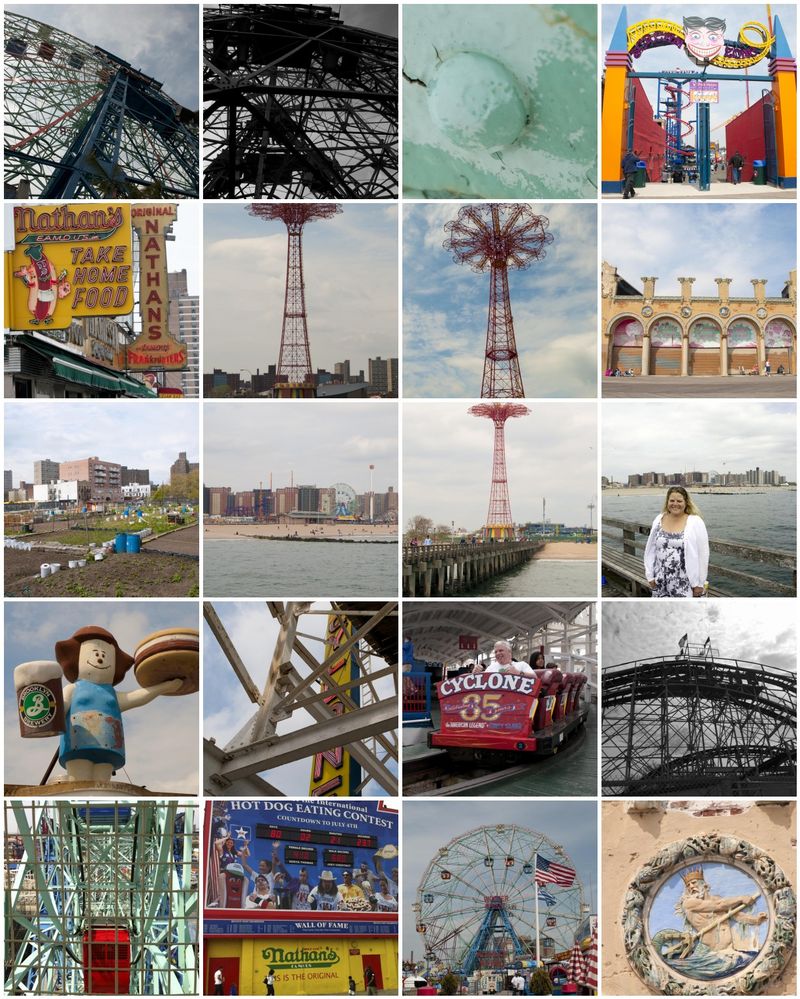 Here is a mosaic of the rest of the photos I took on Sunday.  (And, yes, I did ride the Cyclone, and it was great!  You can't beat old wooden roller coasters!)  I was glad I went to see the history of what was, and what I hope will be a successful revitalization of this great historic landmark.

Freezing My Feet Off at Gull Lake, MN

Hanging out in the Big Easy