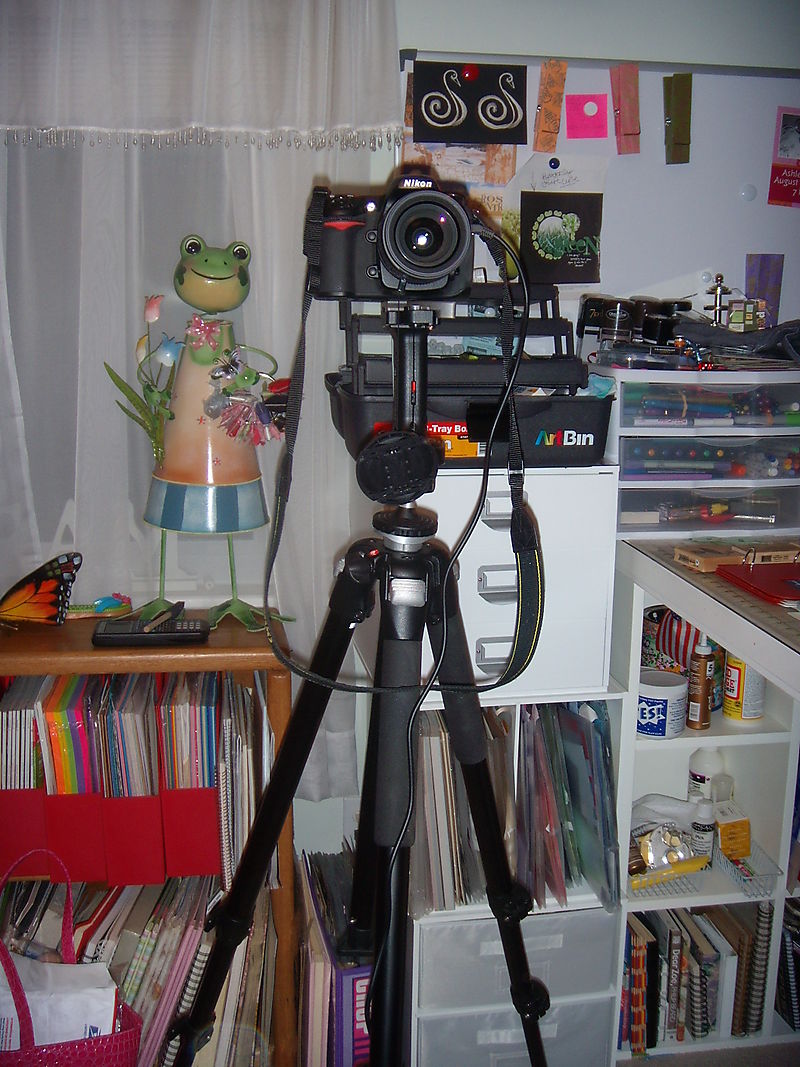 I got my camera back from Penn Camera on Friday, and so far, it's working just great.  I also invested in a cabled camera release.  The one I bought for the D70 was wireless, so I don't know why the one for the new camera is a cable … go figure.  I've been having problems with the blog — typing everything, posting photos and links and then losing everything which just happened again tonight.  So, this post will be shorter than originally planned.

I went to a fairy princess birthday party on Saturday, and had a great time, and so did the Princess, although she was really focused while opening her gifts: 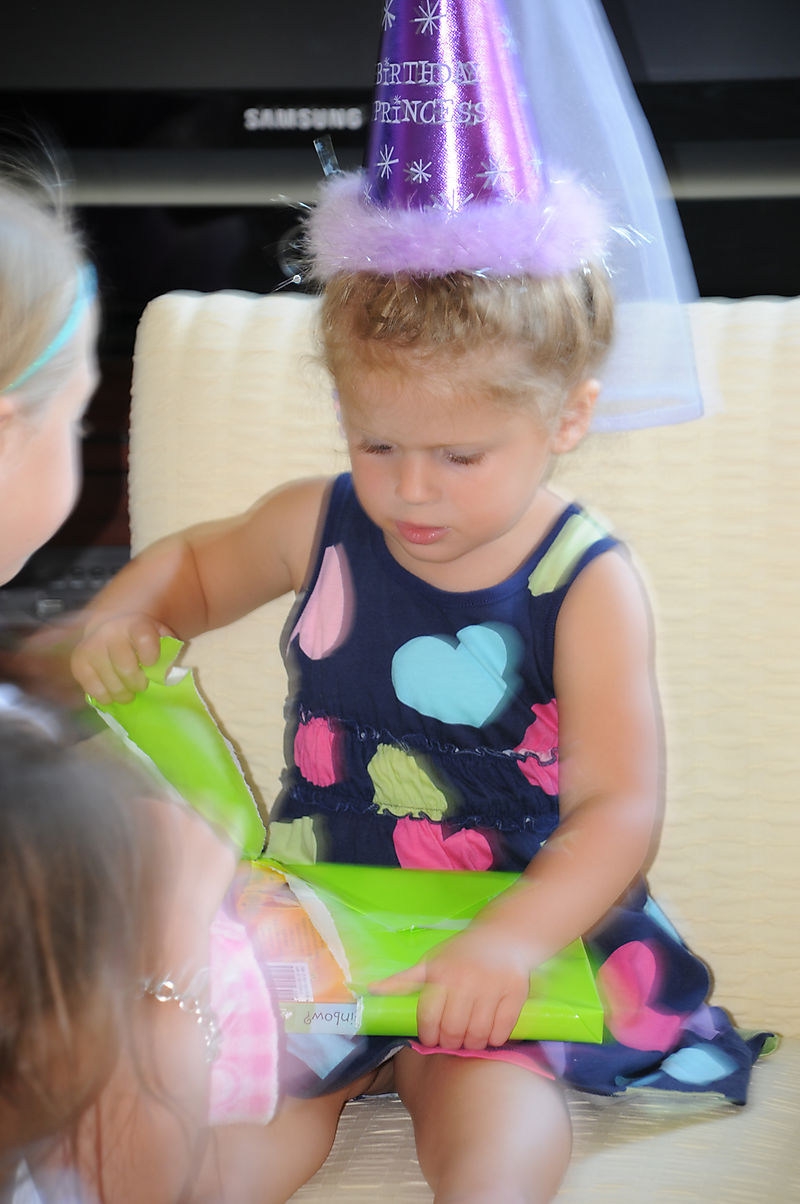 My book looks similar to the one Ali prepared using materials from the kit — we both painted ours red, but that's where the similarities end.  I'm looking forward to receiving her new book:  Sharing Your Story:  Recording Life's Details with Mini Books.

Have a great week, and don't forget to tune in to watch some of the Olympics.

Organizing Paper with a “Helper”