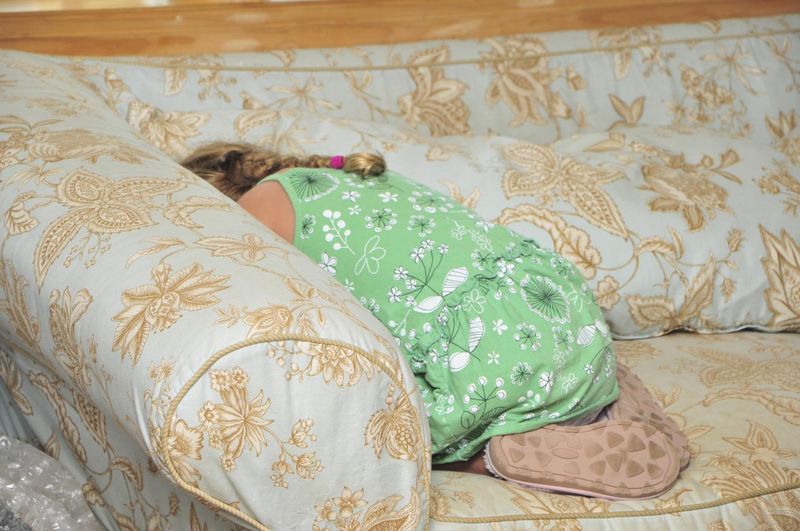 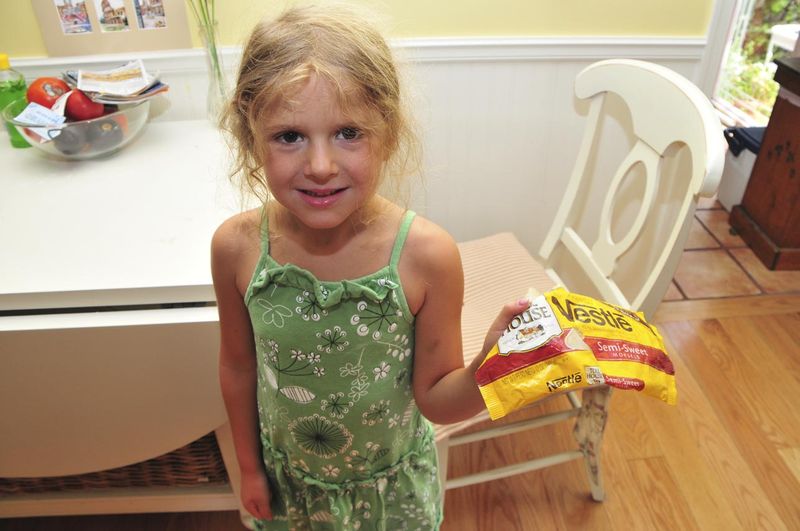 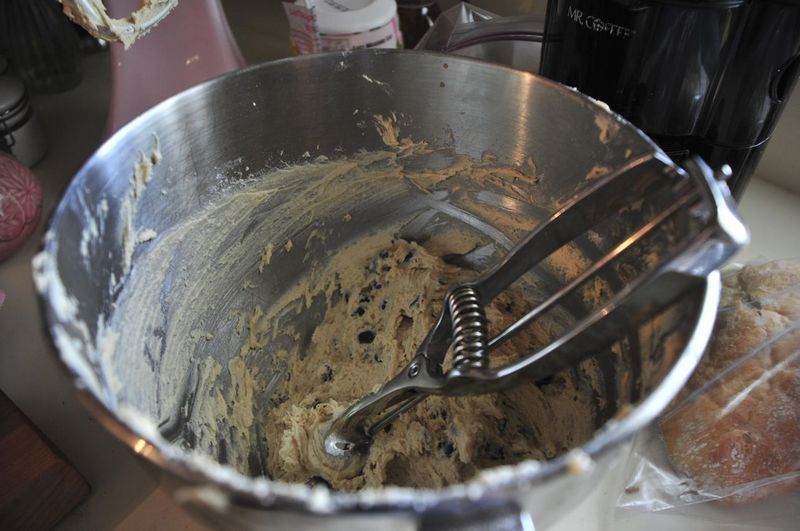 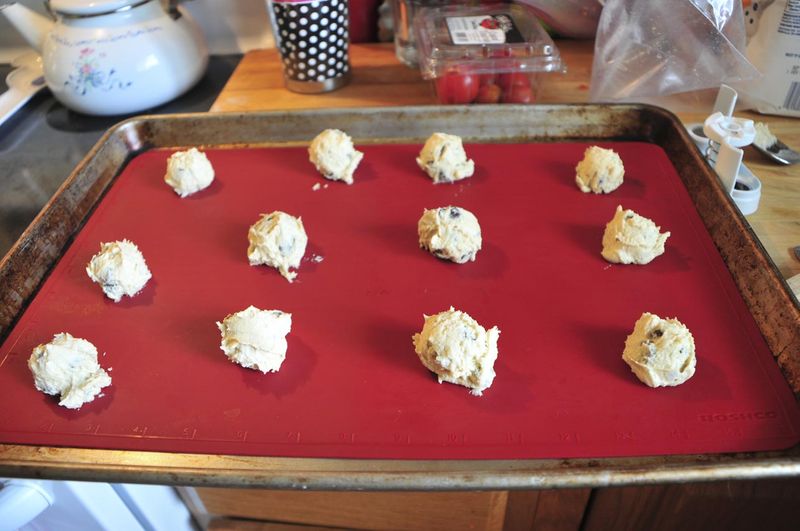 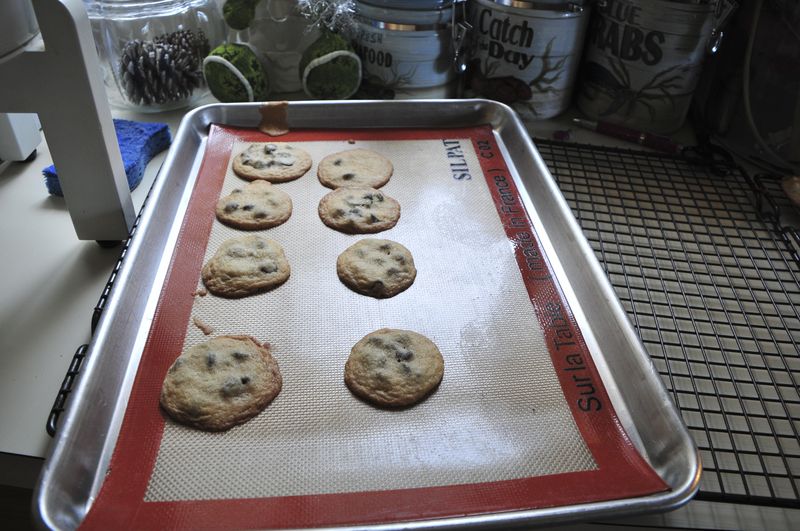 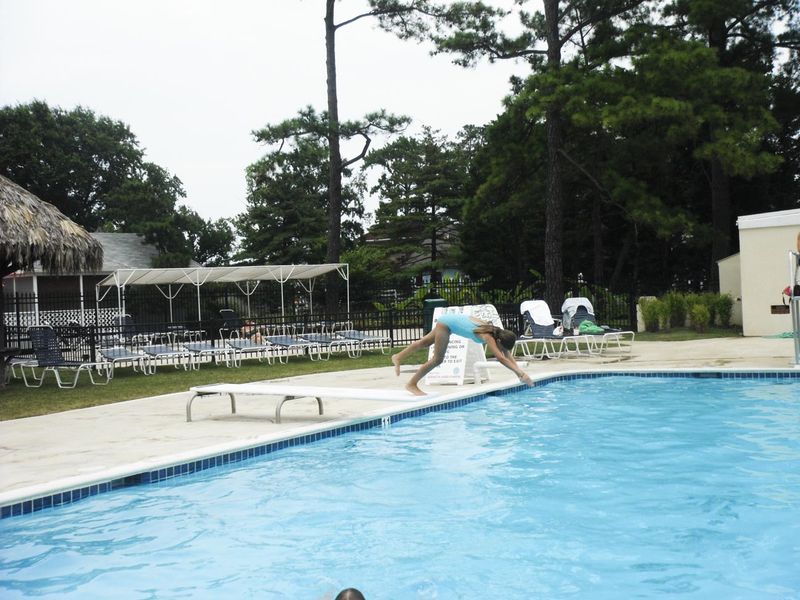 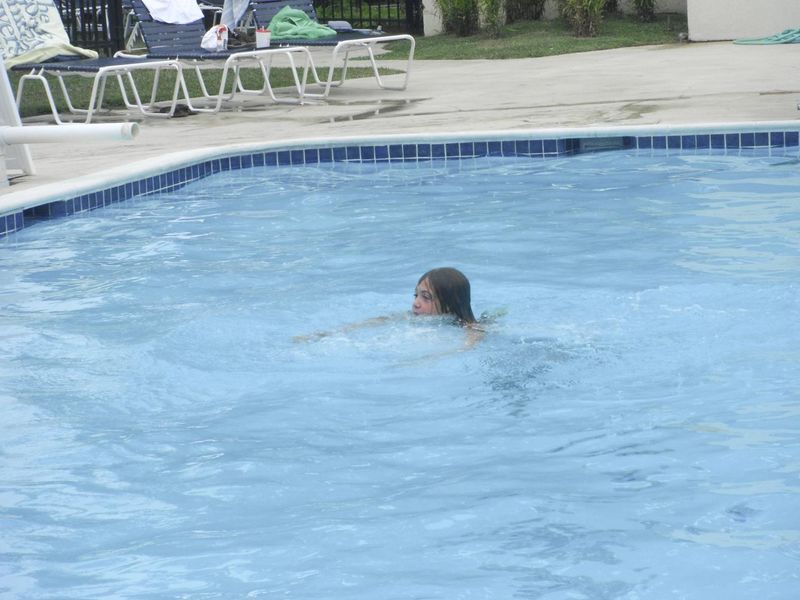 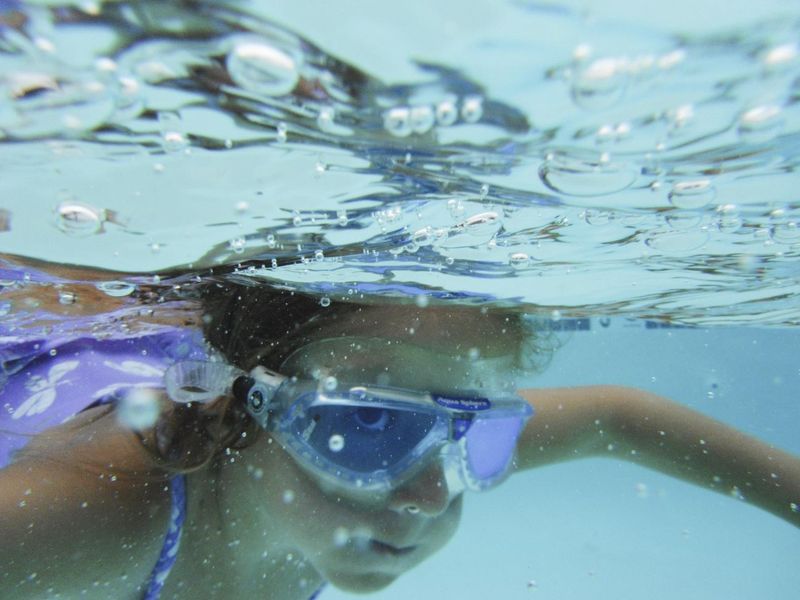 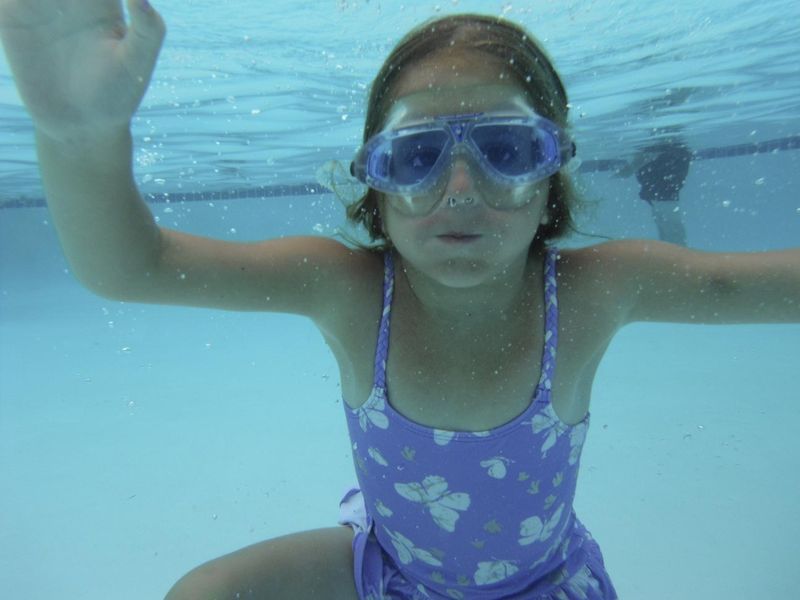 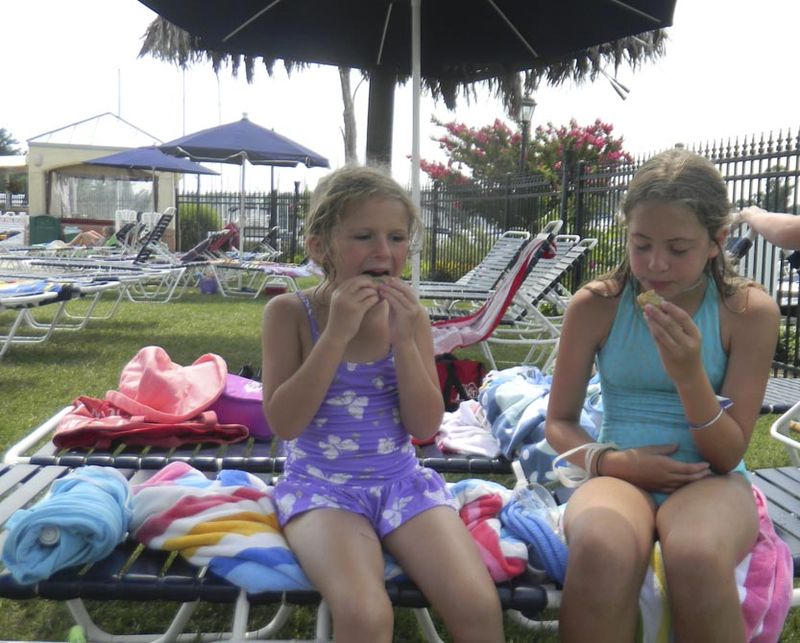 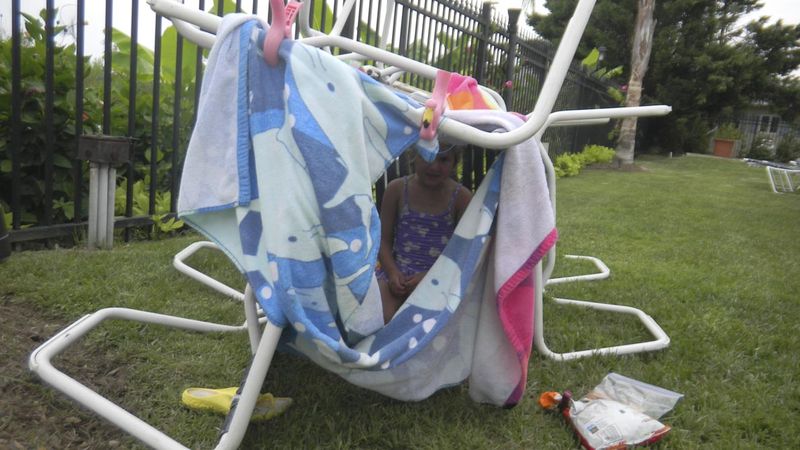 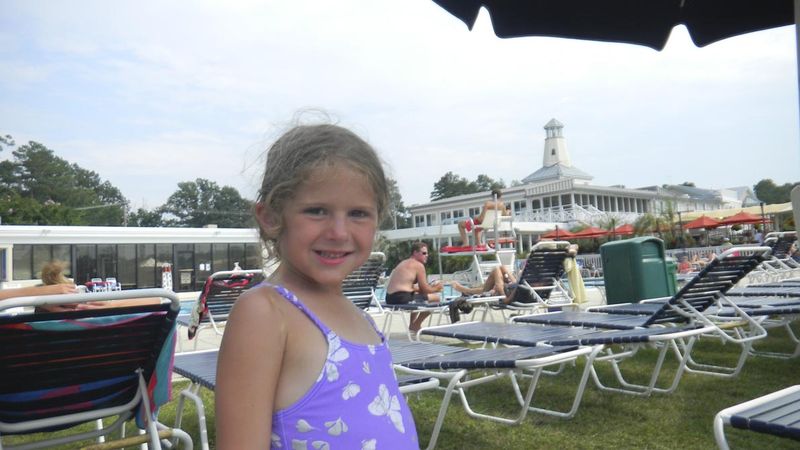 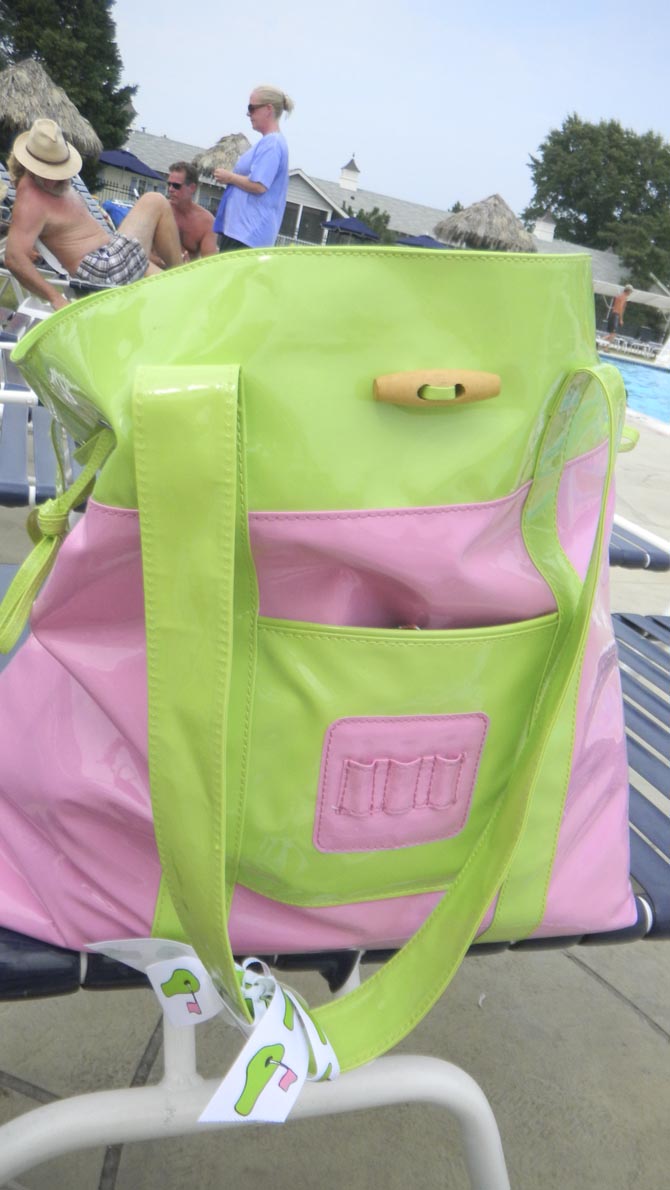 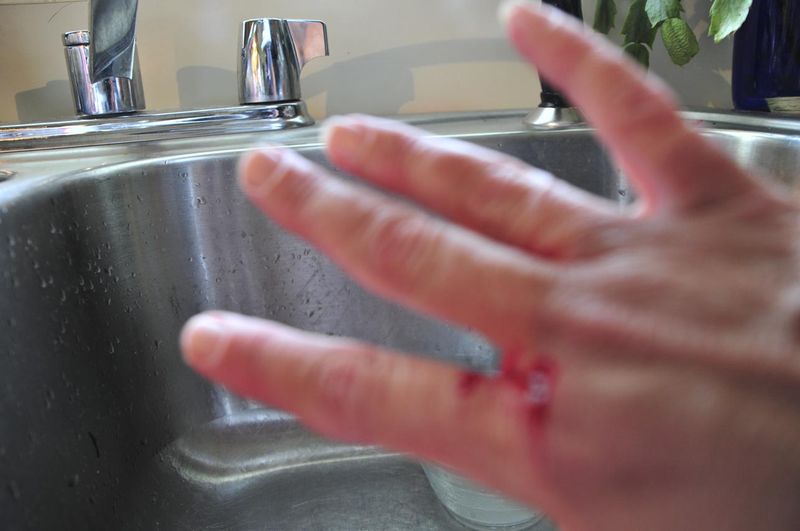 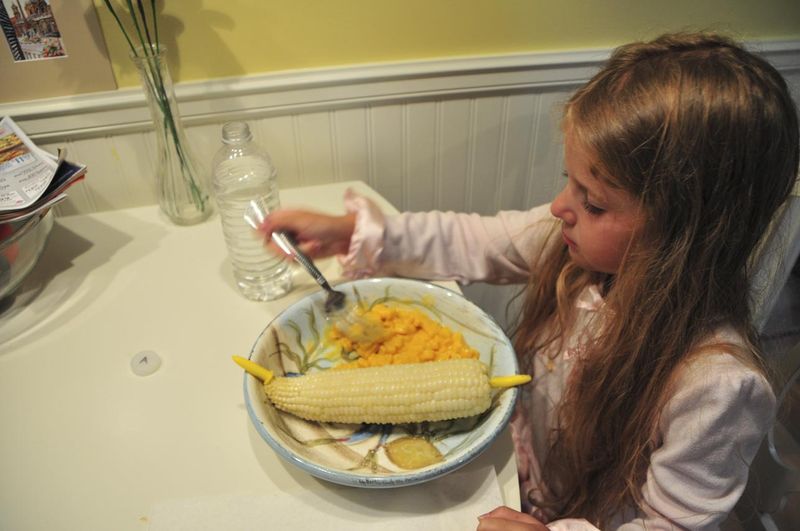 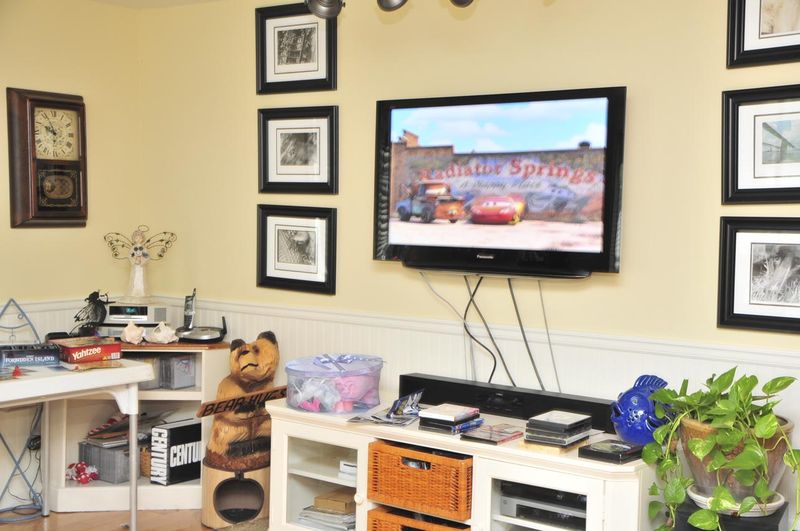 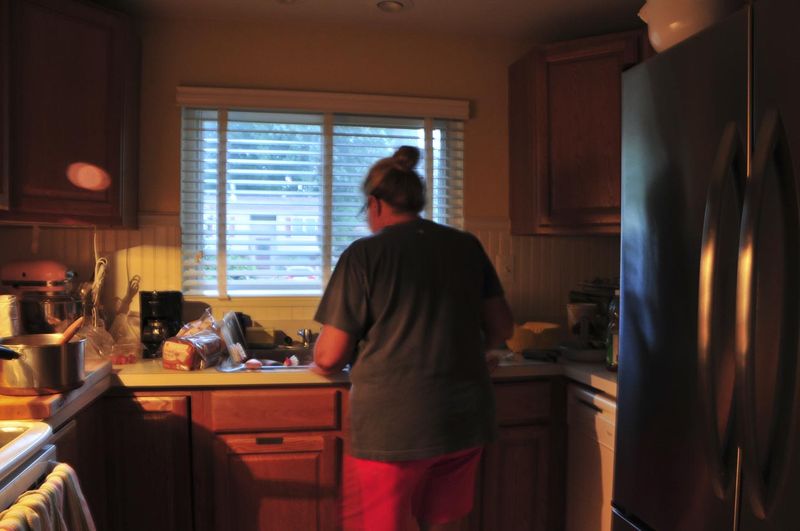 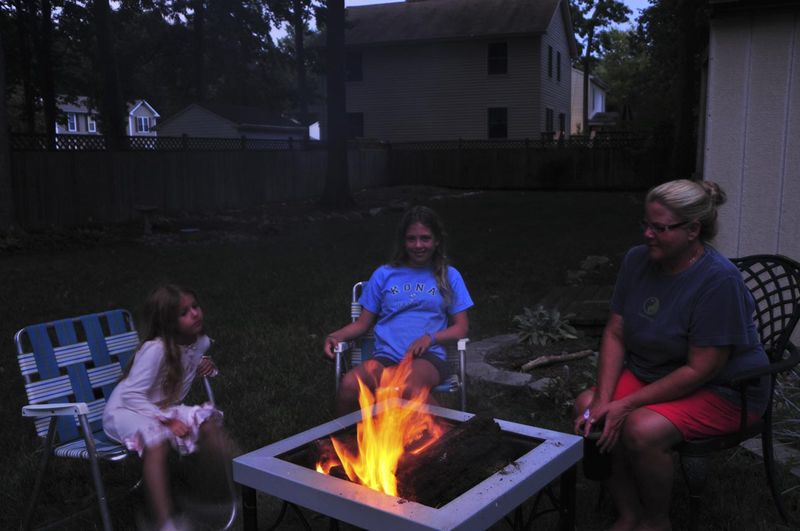 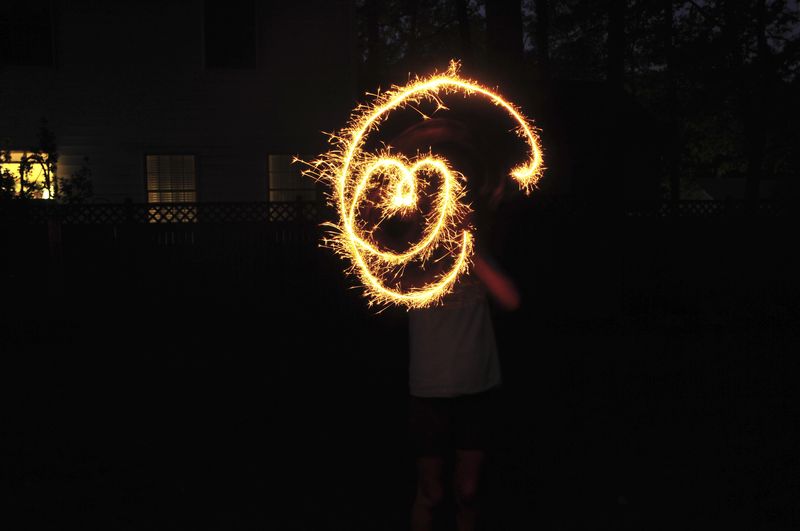 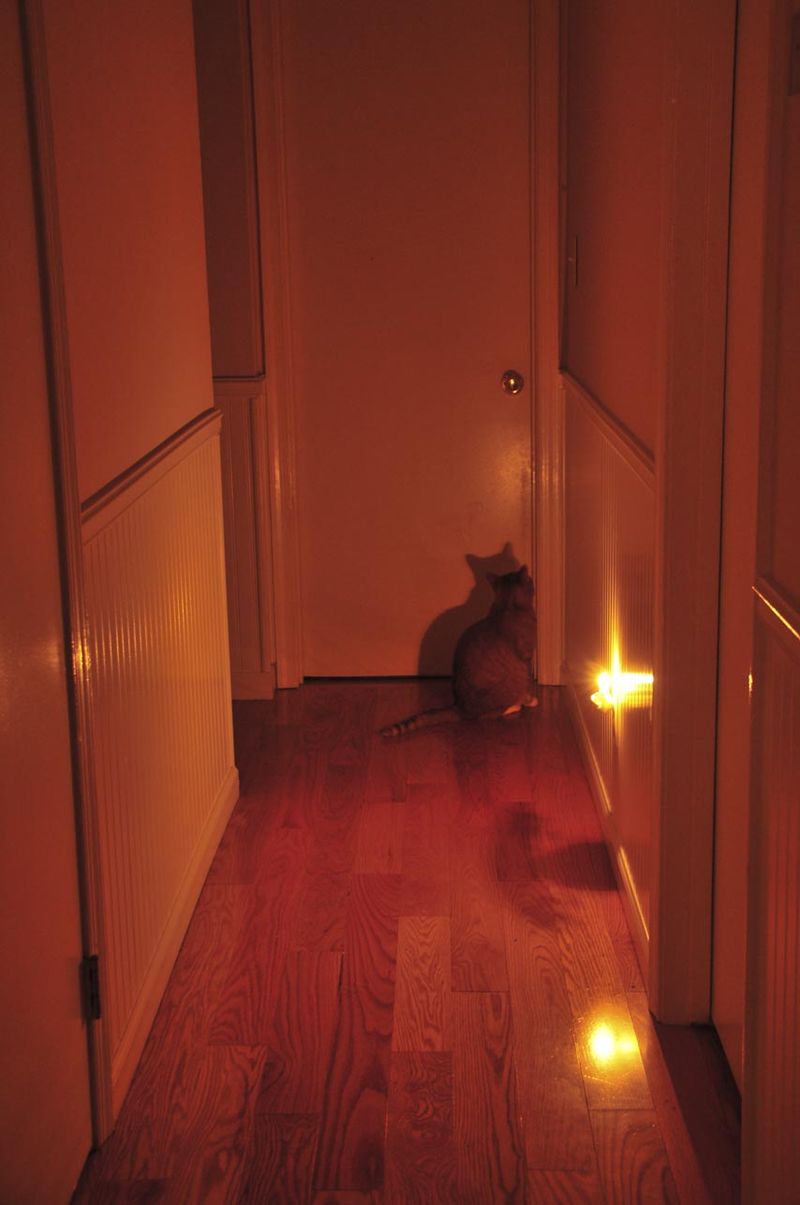 After breakast and the dispute, we made chocolate chip cookies, and there was the mystery of the missing 12th cookie.  I took 12 hot cookies out of the oven, turned around a few minutes later, and one was missing.  I had to call in Scooby Doo to solve the mystery.  He has a good idea who did it, but without solid proof, he couldn't say for certain.  But what we do know is the culprit is a BIG fan of Scooby Doo.

Lunch consisted of a grilled cheese sandwich for Ellie, and Ashley requested buttered noodles and broccoli but NOT touching!  After lunch off to the pool, where Ashely was a pro at swimming underwater and diving for objects that a very nice obliging Mom named Tara, was throwing to all of the kids.  Both girls made "pool friends."

We didn't leave the pool until 4:45 p.m.  Stopped at the local farm stand and bought fresh corn.  Came home, and while washing a glass, it broke and sliced open an area between my first and middle fingers.  OUCH.  It took over an hour for it to stop bleeding.  Dinner for the girls was macaroni and cheese (Sponge Bob variety), and corn on the cob.

Movie:  Cars.  At first, Ashley did not want to watch the movie, but ended up loving it. 🙂

Repeat of Wednesday night with a fire in the fire pit and s'mores and sparklers, but definitely not as much of a hit as on the first night.

Girls in bed by 9:15 p.m., Ashley fell asleep fairly quickly, and Ellie stayed up reading, and Dexter was standing watch by the door, just looking for an opportunity to sneak in the bedroom with the girls.

Only one more day of Camp Kathy!

This entry was posted in Camp Kathy.