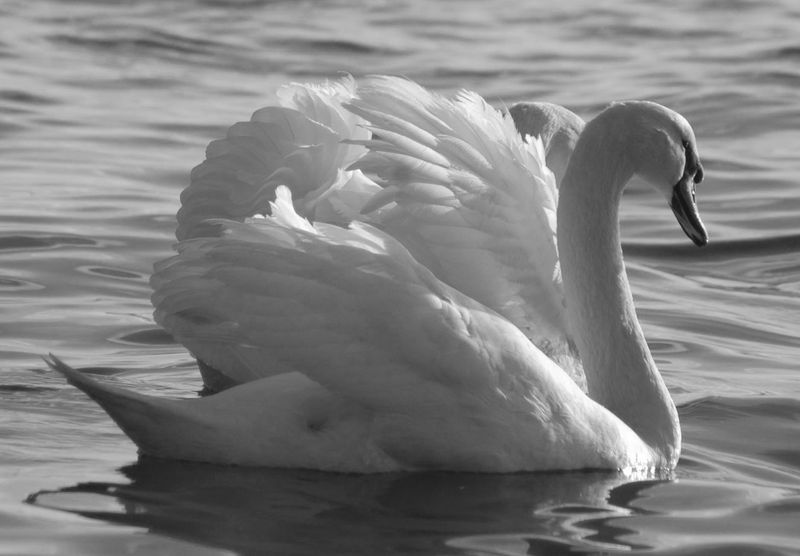 This post was going to be about photographing wildlife; however, in the process of locating the above photo, which was taken on January 1, 2006, I realized that there were LOTS of photos missing from my external hard drive, my Mac and Windows computers.  I did back up photos onto DVDs for 2004-2006, and there were my missing images.  WHEW!  I did have an external hard drive crash, by the way, so it's always an excellent idea to have multiple copies of your images for safe keeping.  It is a time consuming undertaking to make DVDs of your photos and copying images to external hard drives, but one day you will be so thankful that you took the time to back up your images in more than one place.  This is a timely reminder to me to start backing up my images from 2007-2009 onto DVDs as well as an external hard drive.

The above photo of the swan is one of my absolute favorite images.  I was out shooting with my friend, Teri, on that day (New Year's Day 2006) and this swan fluffed out it's feathers in gorgeous fashion and I was there to snap the photo.  I have tried many, many times to replicate this image, to no avail.