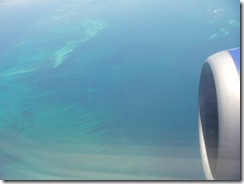 I know I am not the first person to ramble on about all of the fees airlines are charging today – fees for things that used to be free – such as checked baggage and seat assignments.

One thing that happens regularly to my luggage free of charge is it is searched by the Transportation Security Administration TSA – I don’t know why – but it seems like every time I fly from my destination to home, there is either a TSA sticker on my luggage or one of those pamphlets inside saying “for your safety and everyone else’s, we have gone through your luggage to make sure there are no prohibited items.”  I don’t understand the fascination with my luggage, but if they want to search it—whatever.  (My luggage was searched at Logan International yesterday as well).

I will say right here without any reservation – my first choice of airlines is Southwest – because they most often have the cheapest fares, they don’t charge for checked baggage (two pieces are free), or seat assignments (because they have open seating), and they seem to fly just about everywhere I do.  Checking in 24 hours in advance to get in the “A” boarding group and therefore a decent seat on the plane is a pain – but one inconvenience I’m willing to tolerate for all of the other good stuff.  Southwest doesn’t yet fly to Boston from Baltimore.  However, they will begin service from BWI to Logan in August.

So, yesterday I flew home from Logan International Airport in Boston.  The airline shall remain nameless because I can’t guarantee I won’t have to fly them again.  I had one bag to check — $15 until they weighed it – 54.5 pounds – or 4.5 pounds overweight – cha—ching!!!! an extra $39 (total of $54), in addition to the $6 I paid for my seat assignment.  The guy who took my credit card said that he would feel really bad about all of the fees if the other airlines weren’t also charging for the same things.  I said Southwest doesn’t charge for this stuff and he told me it was only a matter of time.

You are allowed two carry on items only (and in my experience it is rarely strictly enforced) – usually a purse and a piece of luggage or two big ass pieces of luggage that take up all of the over head bin space so that the next person has to go way down the aisle (you get my meaning).  I technically had three pieces my purse, my backpack camera bag and my 200 to 500 mm lens (which I never used once I’m sad to say).

On the trip to Boston which was on a sold out flight, I attached the lens case to the backpack – no problem.  On the flight home yesterday (also completely sold out), the guy scanning tickets to get on the plane told me to “make that lens case disappear,” or I would have to ‘Check” something.  (Are you kidding me?????)  I told him I could not check anything – I had all of my camera equipment and my laptop and my lens all of which were very expensive – he wouldn’t budge – I fly a lot – and this has NEVER happened.

So, this really nice man offered to put the lens in his bag and carry it on the plane — which is what he did – so nice – thank you guardian angel.  The thing is the lens case fit right in front of the backpack in the overhead bin and didn’t take up any extra room.

Now I’m going to buy a big ass piece of luggage to carry all of my carry on stuff in so this doesn’t ever happen again.