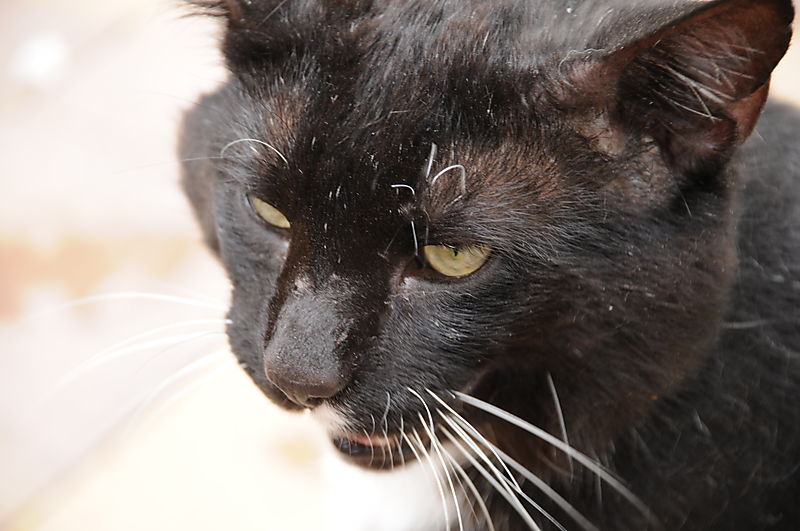 Finally saw Ranger tonight — wanting to be fed.  I haven’t seen him since Sunday, July 6th.  He looked well, but hungry, so I fed him and hung out with him for awhile.  Such a cool cat.  Very friendly, and rolls on his back wanting his belly rubbed.  I need to get him fixed.  That’s going on my “to do” list.  Since Ranger’s visits are sporadic at best, I may have to put him in Zachary’s old dog crate for a day or two the next time he shows up until I can get him to the vet to be fixed.  (I cannot take the chance of him spraying anywhere in my house because you can’t get the smell out).  After that, he can be an outdoor cat if he wants, but at least he won’t be making any babies and will have all of his shots.  It’s not my choice that he be an outdoor cat, but willing to do what I can to help out due to other people’s irresponsibility.  Ranger shouldn’t have to suffer because of that.  What I think happened from talking with neighbors, is he used to belong to a family renting a  house up the street, and when they moved out, they left Ranger.  I really don’t want another indoor cat — two is plenty.


Catching up on my summer reading, and in July’s Real Simple magazine was the query:  “What are the top-three things on your lifelong to-do list?”  The three things I’m willing to list for public consumpution include:  (1) being a famous Annie Liebovitz type photographer; (2) travel the world including visiting every National Park in the U.S.; (3) being happy.