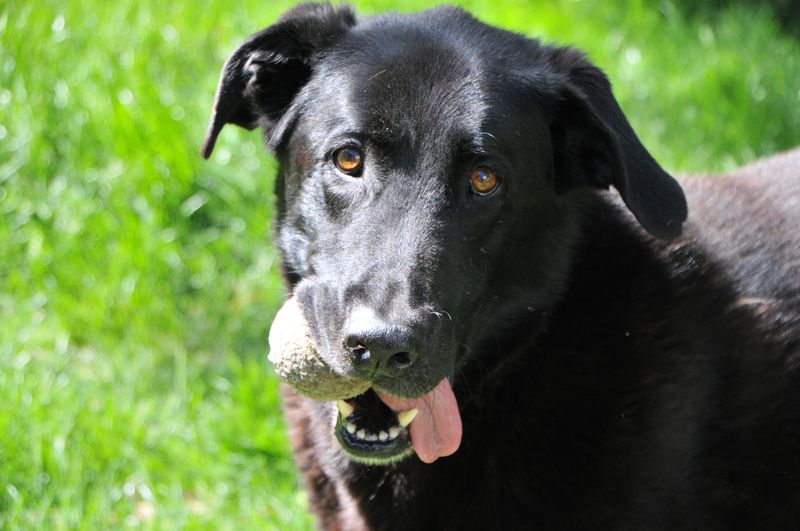 Zachary LOVES his tennis balls.  He can fit two in his mouth at once, and he doesn't like to share or give them back.  I am focusing more on his presence in my life — he has been such a challenge at times but also such a good boy.  Rescue animals have their own special things about them.  Someone dumped Zachary off in a snowstorm when he was about 9 weeks old.  An elderly couple took him in, and then I ended up with him.  Because of whatever he experienced before I got him, he REFUSED to be crated, ever.  Just wouldn't do it.  Turned that crate upside down, and messed in it, and just did not want to be confined.  So I had to deal with that and accept that, and that's how all relationships are, give and take.

I've never been afraid with him around, his mere presence and that bark of his is enough to deter anyone's malicious intent, I love to hear him breathing late at night as I drift off to sleep, it is such a source of comfort to know someone else is there.  His hearing isn't as good as it used to be, but he still gets the job done, and I'm so glad he's a part of my life.

Eating Healty On the Road