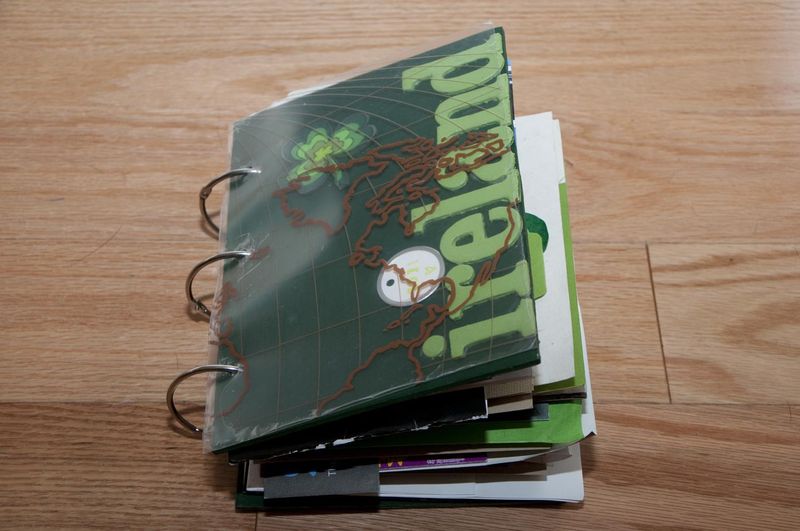 I spent the weekend adding stuff to the book I made for Ireland.  As you can see, it's pretty full, and I have only put in photos and memorabilia from Dublin and Belfast. So, I am going to have to make another book documenting the rest of the trip.

To see how I made the book, read this.

Actually, since I have to make another album, covering the two big cities in one album and then the rest of the country (when we rented the car and drove) in another album is a good way to break it up.

When I travel, I tend to collect lots of stuff, and put it in one place (usually a Ziploc bag or two or three).   Then, when I get home and actually put the album together, I weed out what I want to go in my album and then throw the rest of the stuff away WITH NO GUILT.

So, here is how Ireland, Part I came together: 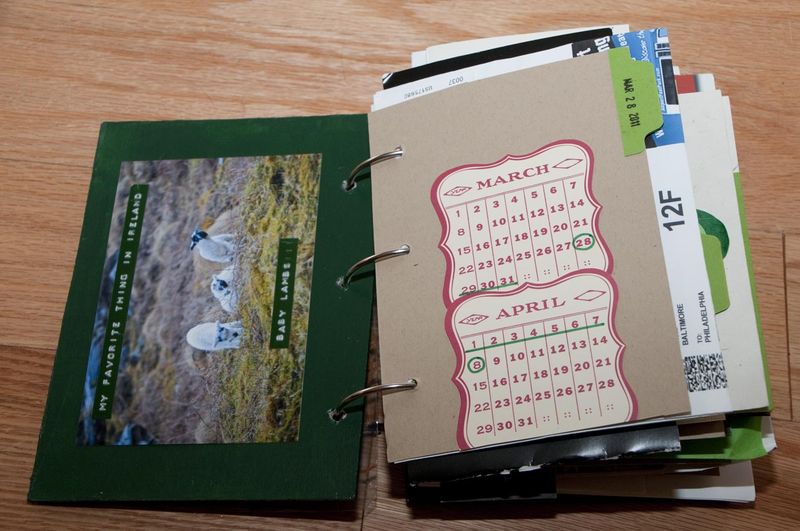 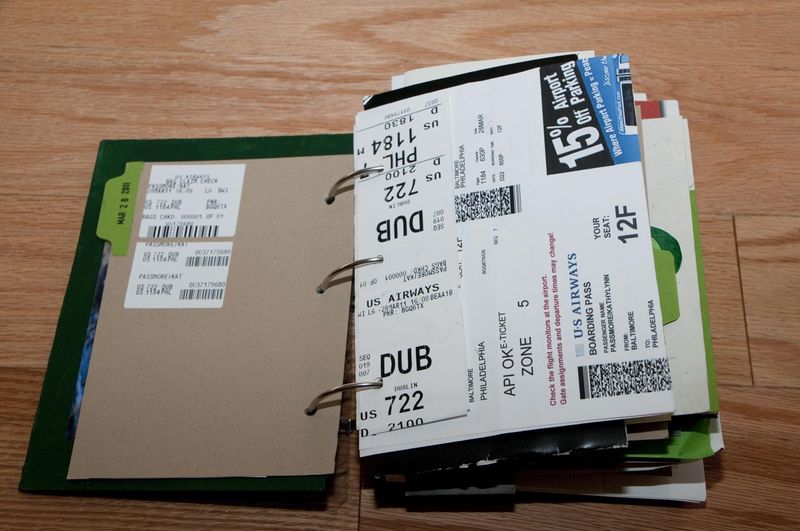 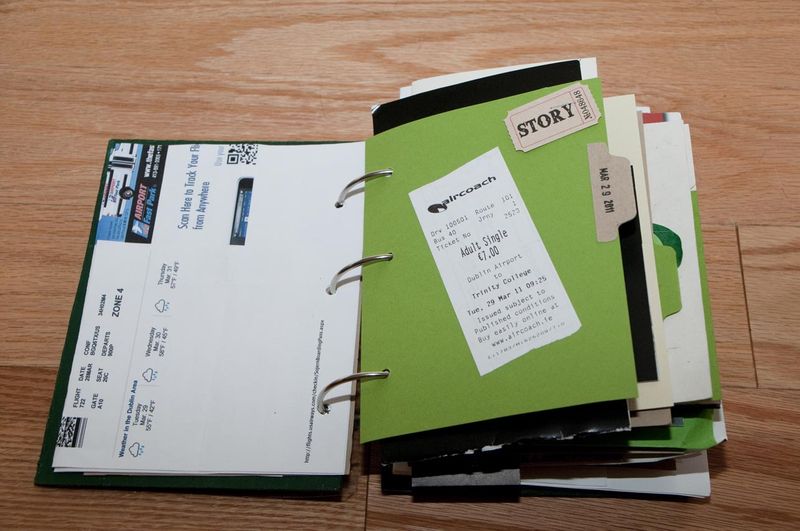 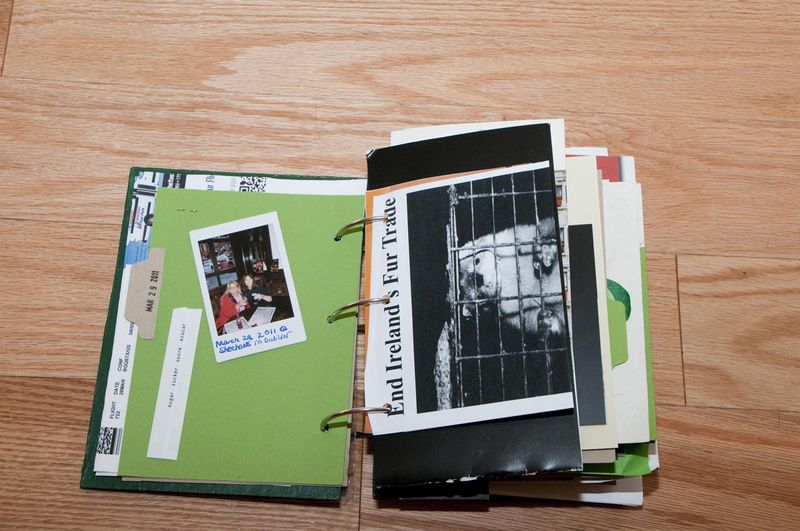 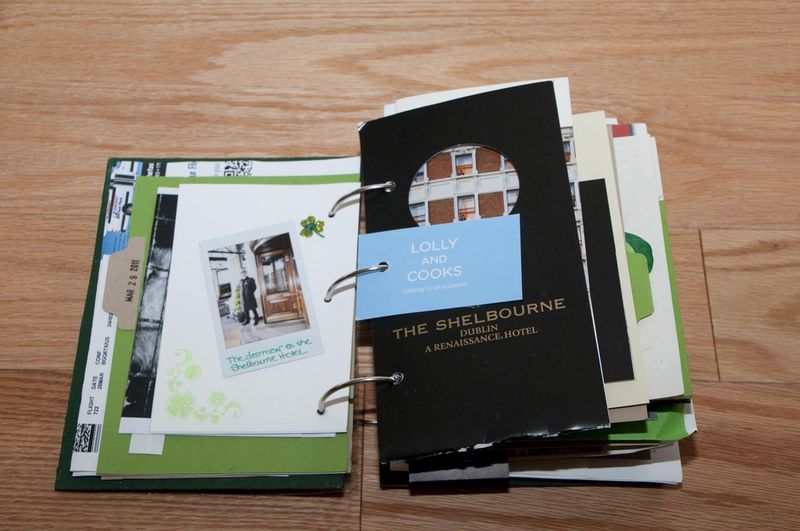 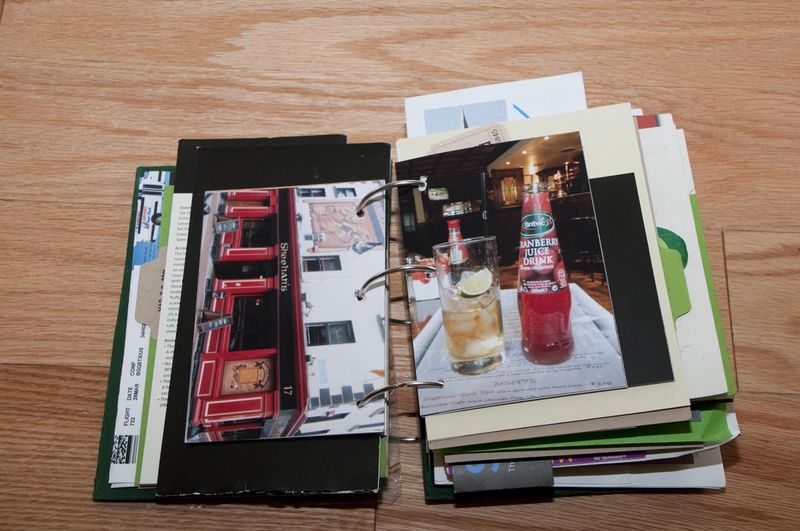 I also took lots of photos of what I ate (and drank). 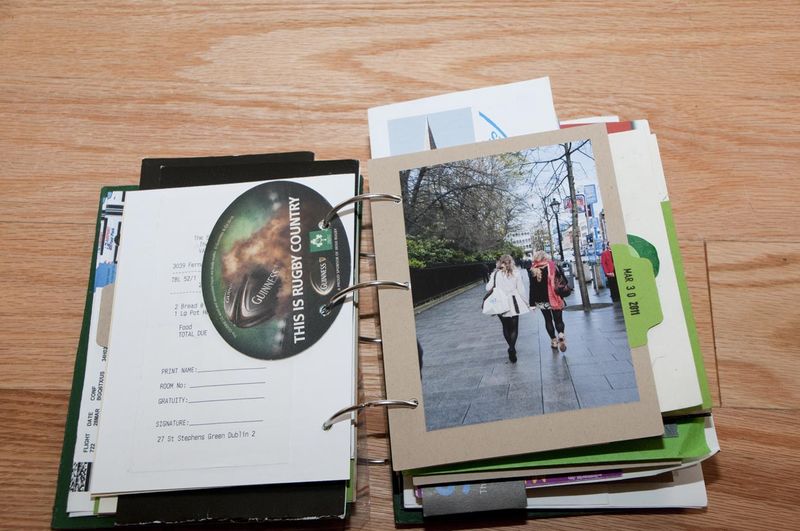 In this photo, I wanted to capture the fashion style of these young women.  For me, it's not all about just photographing landmarks, I want to capture the small details of everyday life. 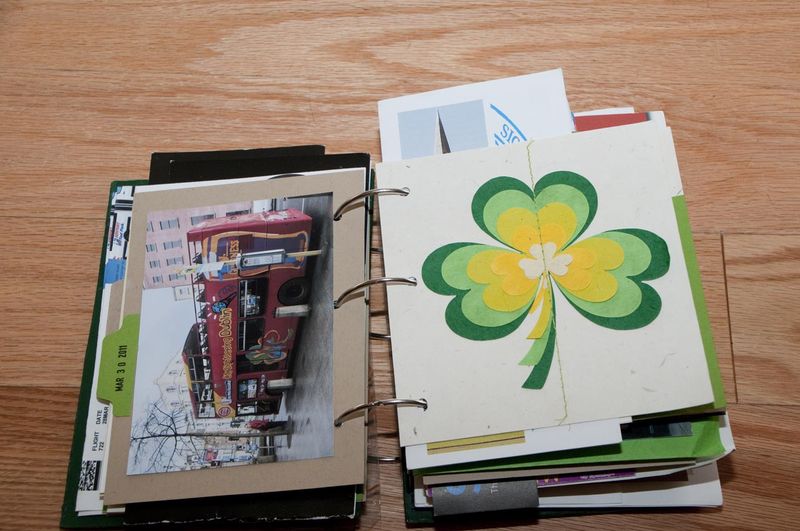 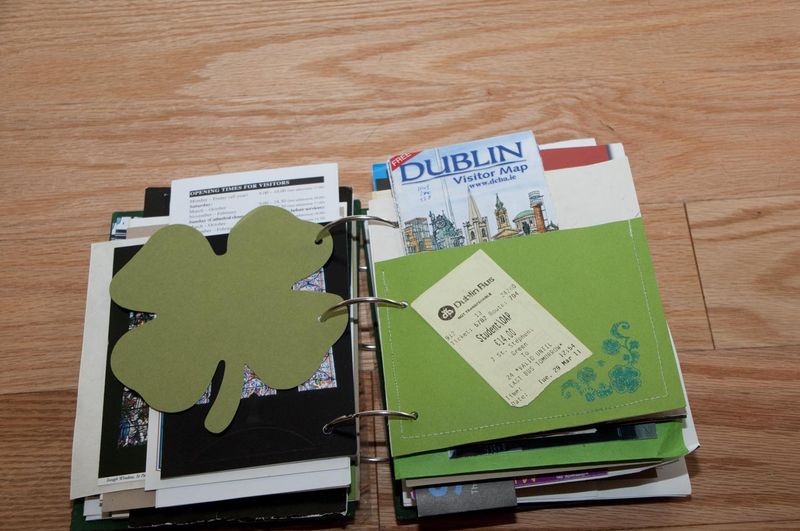 Shamrock cut-out is from Paper Source. 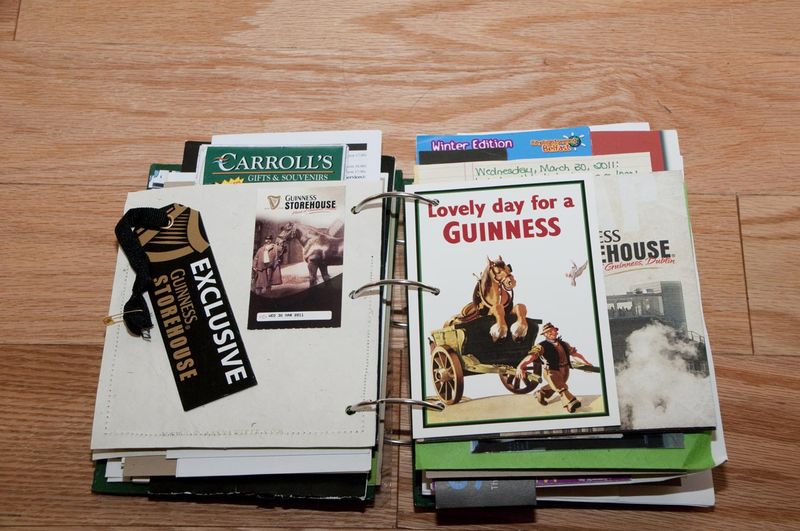 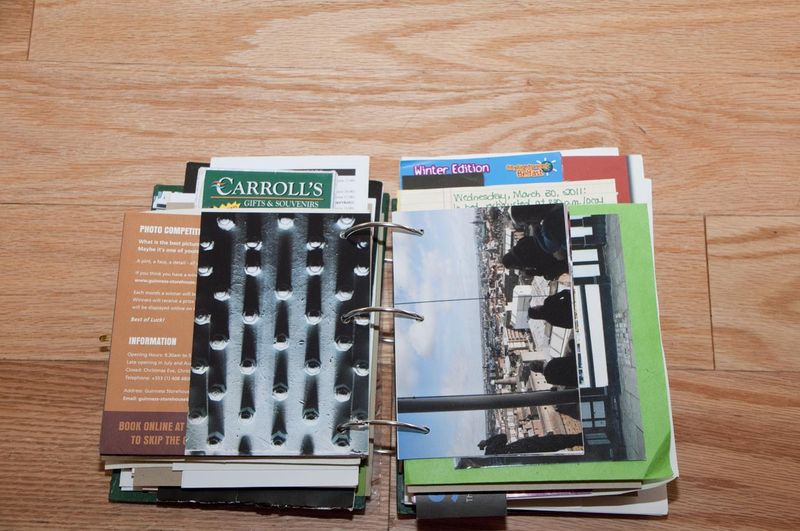 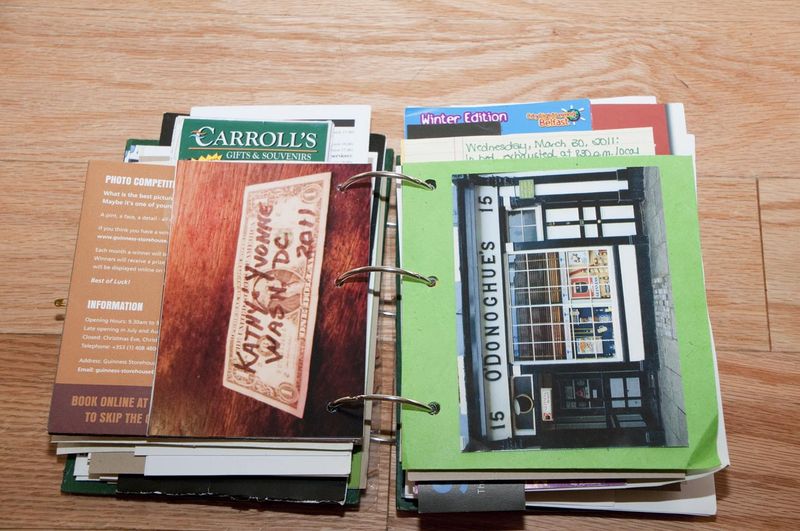 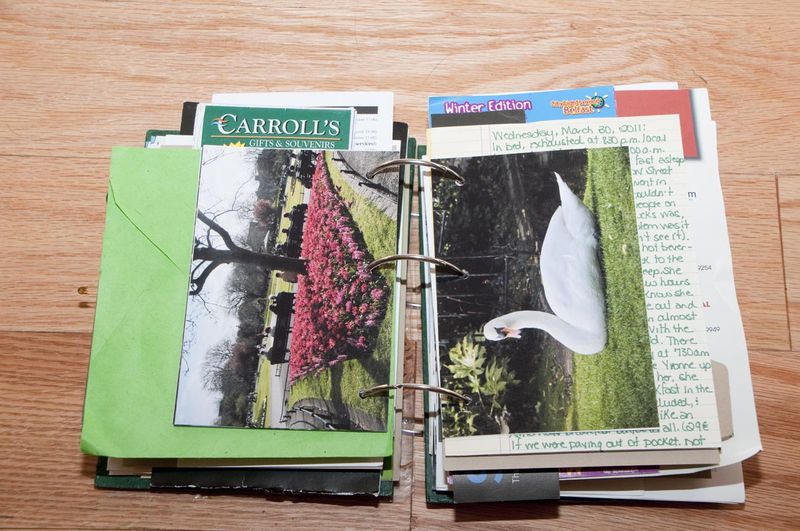 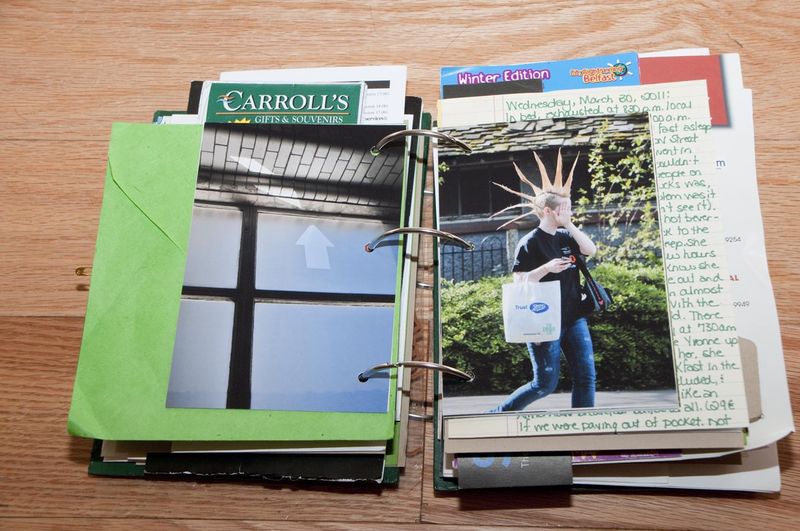 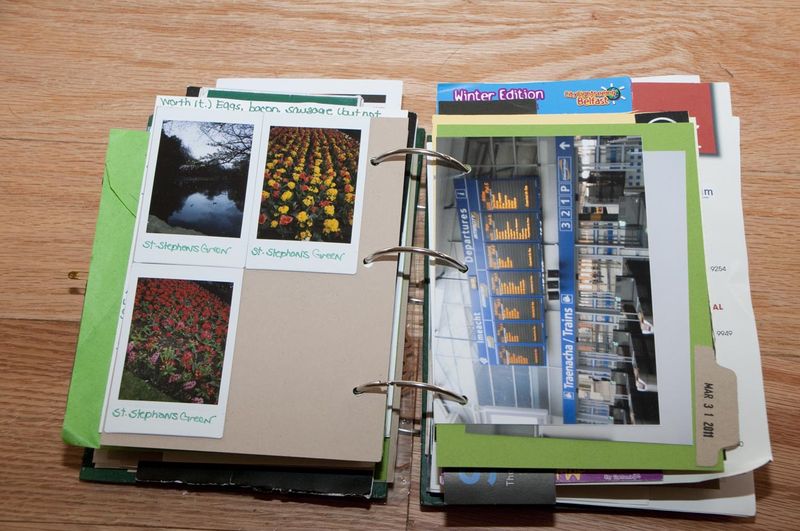 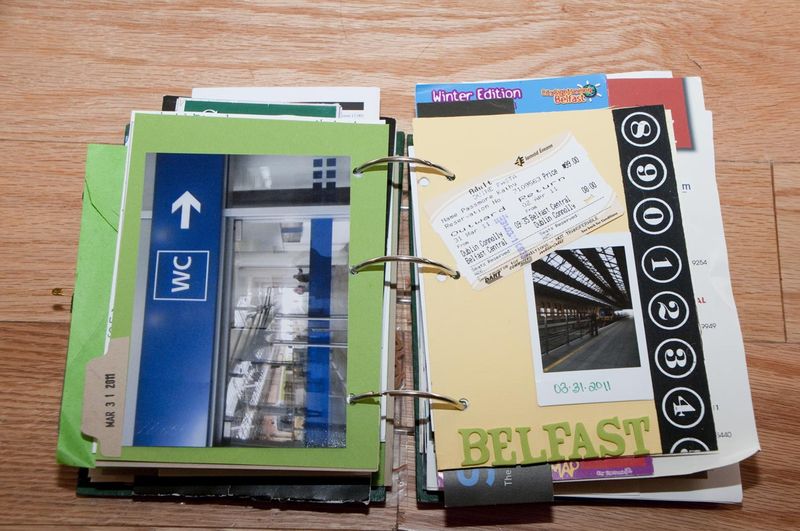 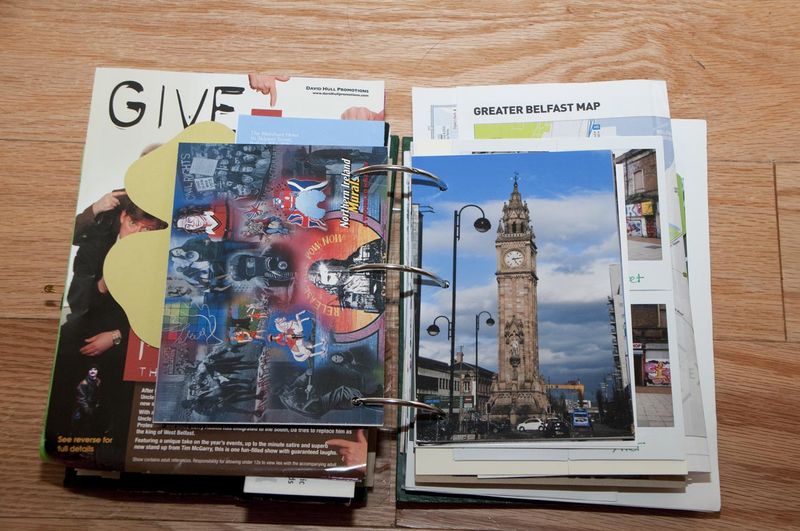 For my photos and many of the post cards, I used a tape runner and stuck them back to back, punched the holes and put them directly into the book. 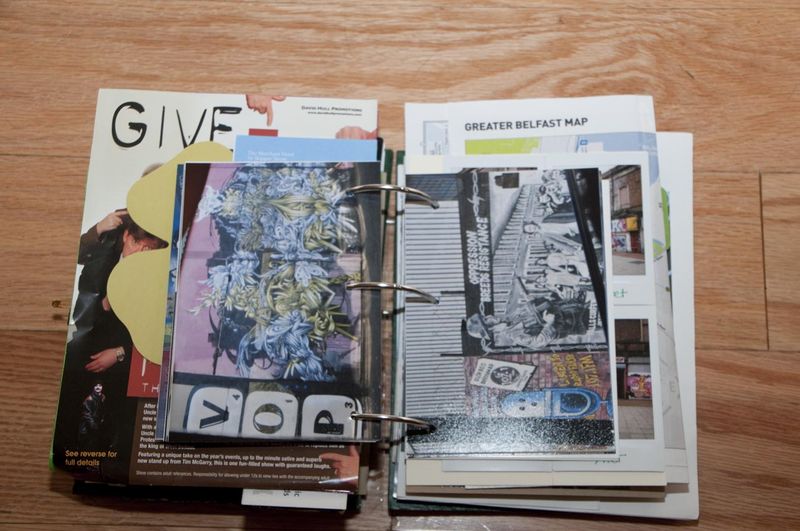 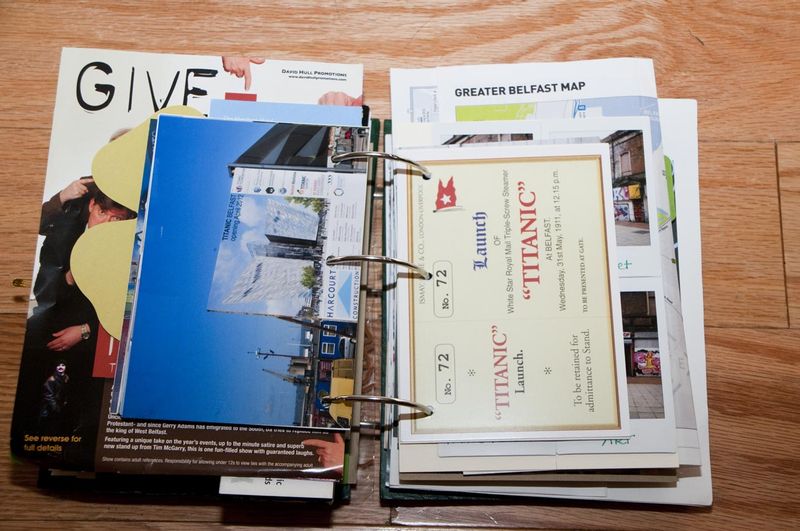 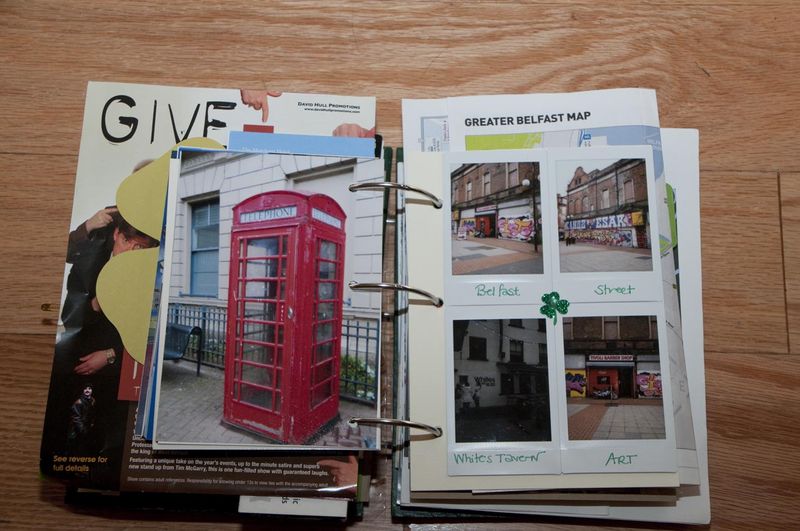 I did journal on most days about what we did and where we went.  It is SO much easier to document things while they're still fresh rather than trying to remember all of those little details months later.  Since my journaling was jotted down in random fashion on whatever paper I could find, I re-wrote it for the book. All of my journaling scraps will be placed into one of the envelopes in the book. 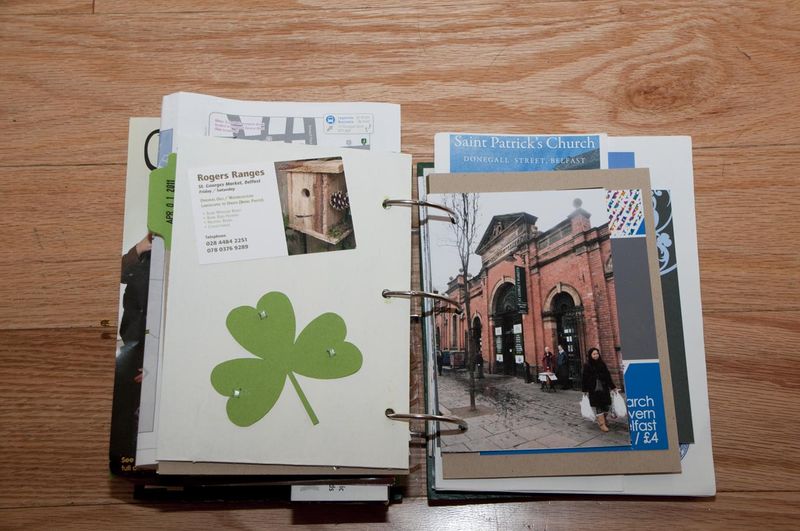 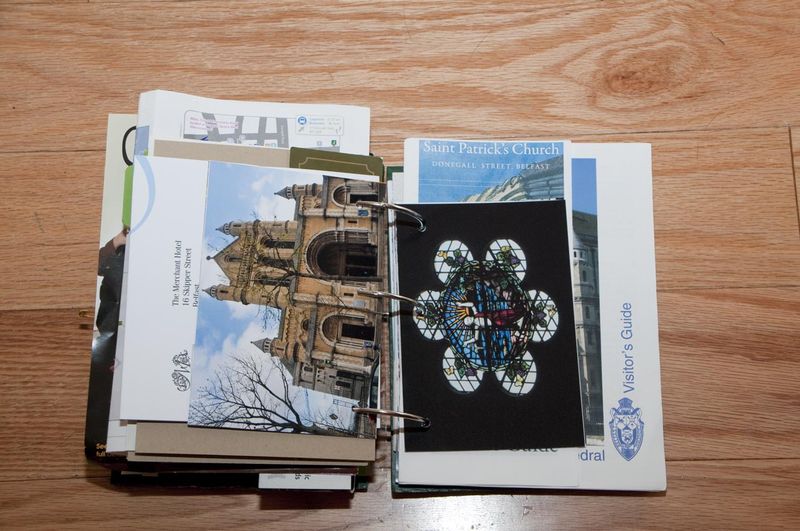 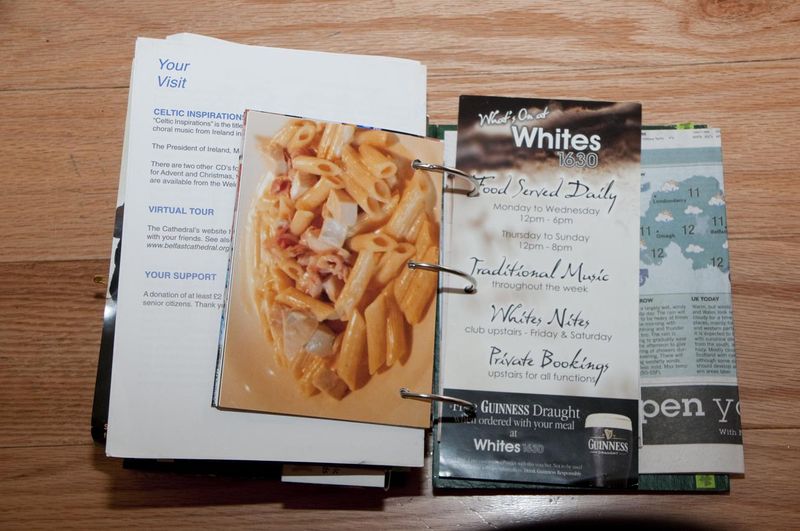 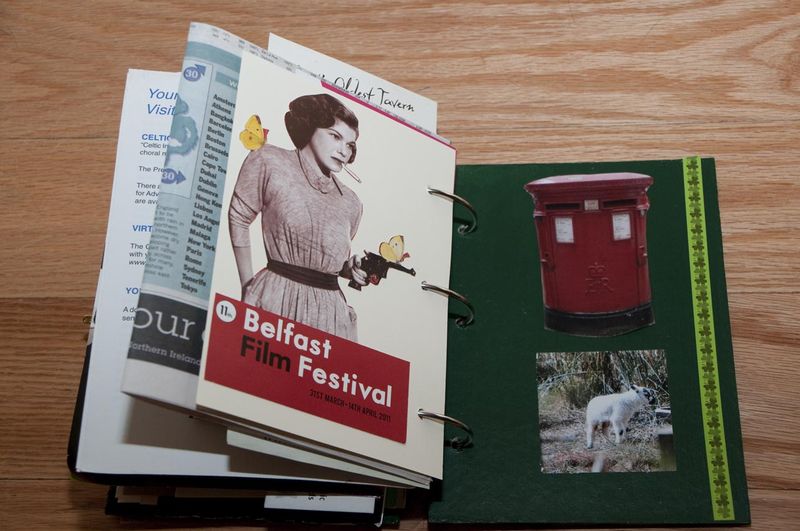 The back of the book.  I did not attend the Belfast Film Festival, but in my pile of "stuff" there was a magazine all about the festival which was taking place while we were in Belfast.  I loved the photo of the woman, so I cut it out and pasted it in, along with the information about the festival.  The rest of the magazine will be thrown away.

So, now I have to go and make another book for Ireland, Part II.

This entry was posted in Scrapbooking.