Keeping it Together When Things Go Wrong 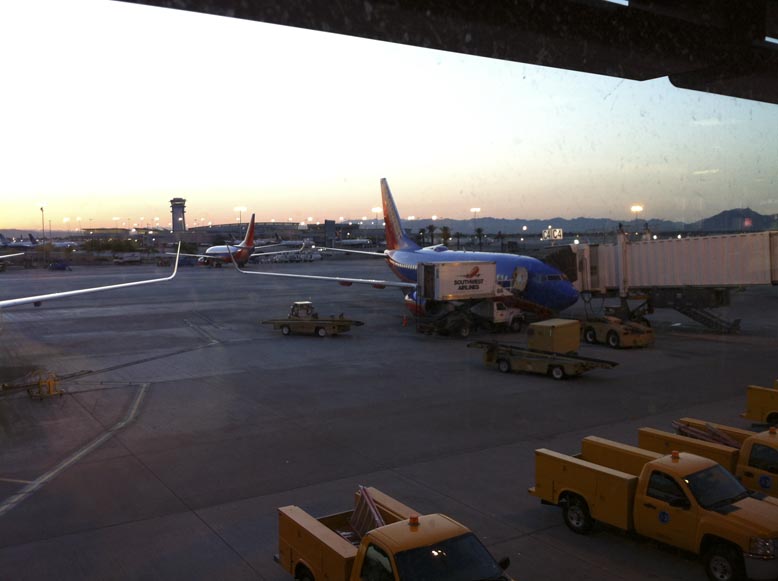 Monday was a tough travel day.  I got up at 3:15 a.m. and was at the airport by 4:00 a.m.  My 6:00 a.m. flight was canceled, without notice, no phone call, no e-mail, no text, nothing.  One minute the board said "on time," the next it said, "canceled."  I was left on my own to figure out what to do, and so was everyone else at the gate waiting, and on their cell phones trying to get onto another flight.  At that early time of the morning, there were no ticketing agents on duty, and the airline made no announcement or attempt to re-route anyone.

The best the airline could do was to put me on a flight that left at 2:25 p.m., PDT, which put me into Baltimore at 10:00 p.m.  In the meantime, I watched the airline offer other passengers willing to give up their seats and take a later flight all sorts of incentives because the airline oversold those flights, and also had to accommodate those of us on the 6:00 a.m. canceled flight.

Those of us the most inconvenienced were offered nothing.

No one cares about being stranded in Las Vegas, but at least let me know BEFORE I check out of my hotel, turn in my rental car, and check my baggage.

Then, I'm just stuck in an airport.

Honestly, I don't do well in these situations.  I was furious, but I did my best to keep it together and by some miracle was able to finally get onto another non-stop flight that left at 9:55 a.m.,(PDT), arriving into Baltimore at 5:15 p.m.  I lost my early bird boarding, which put me in the "C" boarding group, after those that are impaired, minors, the A boarding group, family boarding, the B group, and I was number C15, and by some miraculous fate, I got an aisle seat in row 8.

Thankfully, my luggage managed to fly on the same flight, so a definite silver lining.

Annie had to spend another night in the kennel, and incur another extra cost.

So we were reunited yesterday.

And sometimes, that's just how it rolls.

This entry was posted in Travel.