Lunch on the Go 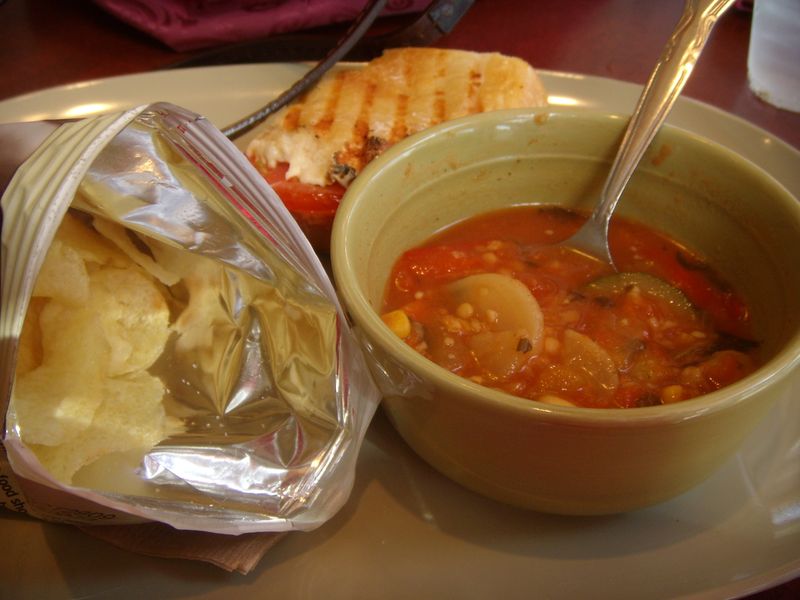 Today I took the luxury of leaving campus for lunch — I had to go pick up Zachary's dog food (a special order b/c of his allergies) while on break at school today, so I decided to go to Panera Bread for lunch. What a nice change from school cafeteria fare.

Speaking of Zachary, he is under the care of a new dermatology veterinarian, and got his first allergy shot yesterday with the new vaccine. Zachary is still itching and after being on 4 different antihistamines (combined with the twice weekly allergy shot), the vet provided a new option that was first presented to me two years ago when I first began treating Zachary's skin issues. It is a medication called Atopica and according to the literature, 98% of pet owners say that the medication has improved their dog's quality of life.

Until I heard how much it costs…

And it's onto the fifth different antihistamine.

P.S.  Yes, I realize the August banner is still up…as soon as I get Photoshop for the Mac I will create a new banner for September.  All of my blog files are in transition between computers.