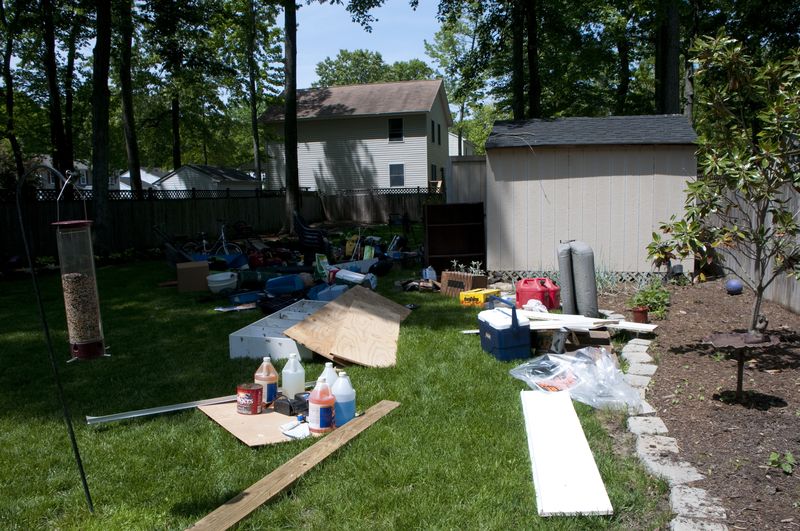 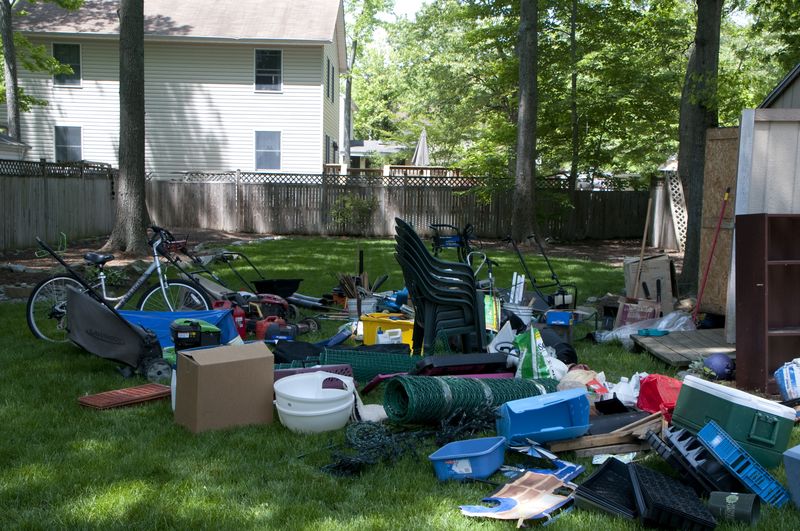 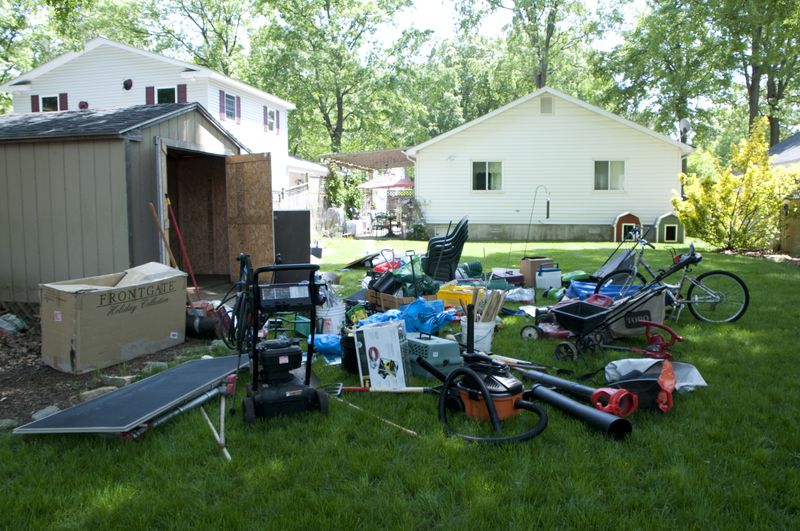 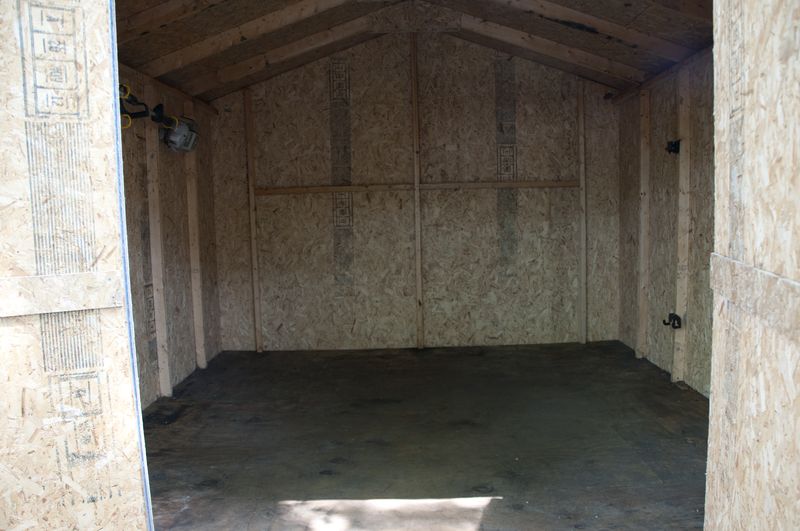 Yesterday was the "magical" Clean Out the Shed Day.  I can't believe how much stuff accumulates after seven years.  A lot of the stuff followed me from my other house.  So, it is time to purge, make a fresh start, and when I get ready to move again, there isn't so much angst over what needs to be done, and no impulse decisions as to what stays and what goes.

It was a LOT of work.  Every single thing came out of the shed into the yard.  And a lot of what was in there got thrown away.

And Daisy's and Zachary's dog houses, out on the curb, free to a good dog: FYI.  Labrador Retrievers don't need dog houses.  The colder and wetter it is, the more they like being outside 🙂   P.S.   ♥ you Daisy and Zachary… 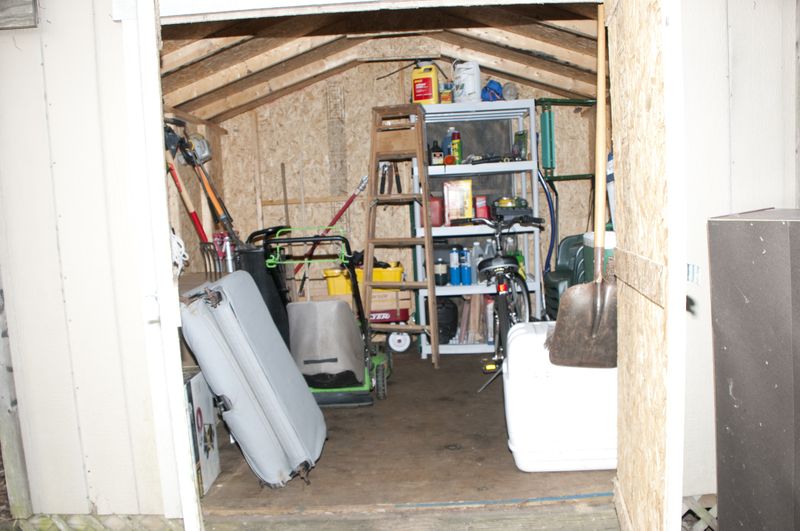 The new and improved shed.  Some tweaking still needs to be done, some hooks for tools and such and the back seat to the Jeep is on the left.  Still trying to sell the Jeep, need to have it re-inspected and it will be listed again on Craig's List, and am sure it will sell now that warmer weather is here.

There is still a pile of stuff outside to go to Goodwill, or on the curb for "free."

There is also a load of stuff ready to go to the dump.

(BTW, one of the dog houses is gone.  The other one is still there, for now.)

And for a final photo, my rhododendron is blooming (after not blooming last year): 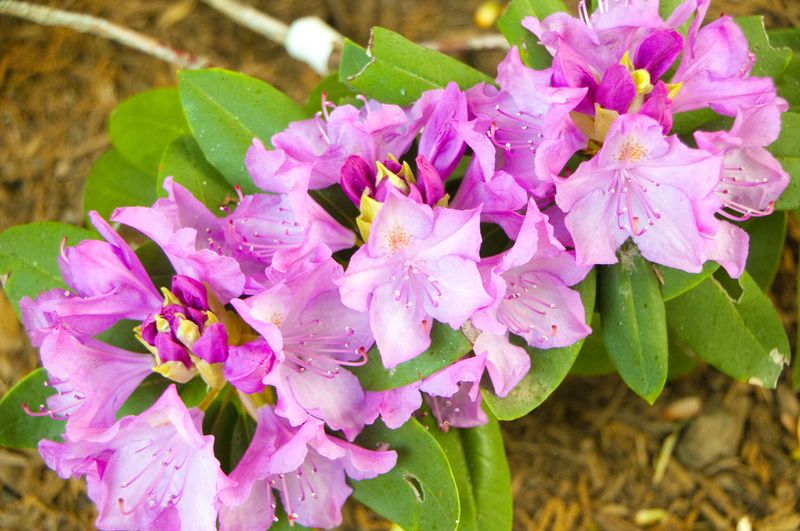 Happy weekend, everyone.  I hope the weather turns out better than predicted.  Supposed to be rainy and wet, but that's what makes everything green and the flowers grow.

The BIG Dig Out