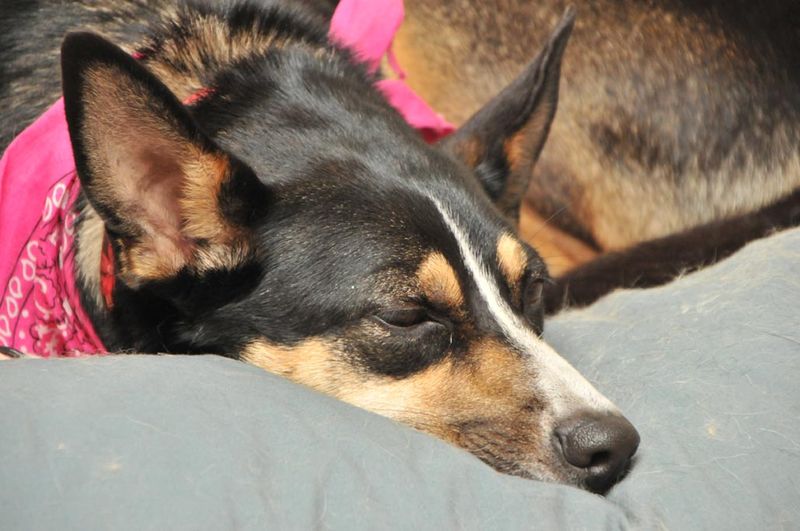 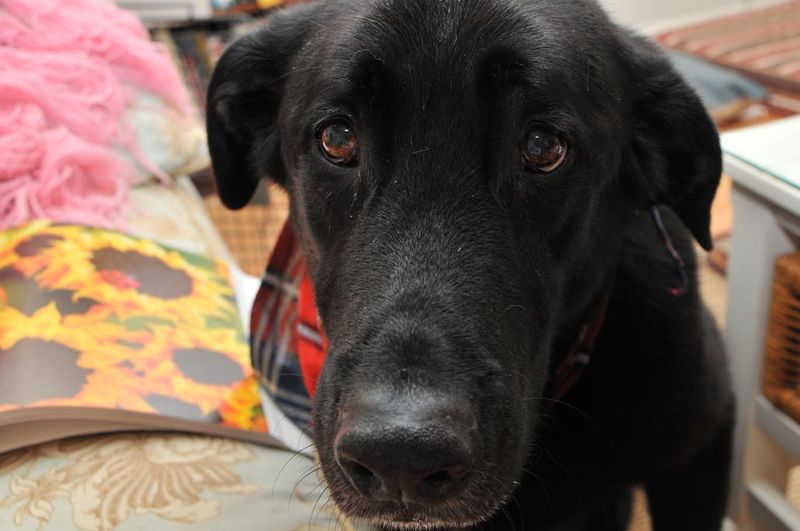 These two guys gave me quite a scare last night.  I think we're all going to be okay, but some extra diligence is definitely in order.  Annie is a runner, and loves to run, and that's how I came to find her.  I've known this and yet she has managed to escape from the back yard numerous times because I have been lax about making sure the gate to the back yard was closed.  Zachary just goes along for the ride. The last time they got out was New Year's Eve afternoon because a repairman looking at the heat pump neglected to close the gate.  I made a promise that would be the LAST time they got out and had really paid attention to the status of that gate, until last night.  Bedtime at 11:00 p.m., let them out, and I guess I forgot to close the gate when I had been out watering the plants earlier in the evening.  Go to call them in and the gate is open, and the dogs are gone.  CRAP!

In the past when they've gotten out of the back yard, they always go to the same exact place and I can easily find them.  Not last night, they were no where to be found.  I drove around the neighborhood for two hours looking for them, and up and down the two lane road near the house, to the gas station on one end of our little town and to the bank on the other end. No sign of them.  I had no idea that deer roamed our neighborhood during the night.  I saw at least four of them.  I was worried sick, called the police and asked what happened to dogs that they found running loose during the night.  Basically nothing if the dog is friendly, Animal Control was closed.  I was frantic thinking the worst.  I kept coming back to the house hoping they'd come back here, no luck.  Finally came in, exhausted, it was 1:30 a.m.  Tried to sleep and figure I'd go out and look for them when the sun came up.

Then about 2:15 a.m. I bolted awake.  Something told me to go out and look again.  I drove down the street, made a left and there they were walking down the middle of the road.  They both jumped in the car and I couldn't yell at them, I was so relieved.  I am still so shaken up, and it took me hours to calm down.  They are both exhausted and limping today.  Annie is microchipped, Zachary isn't and doesn't even have current ID tags.  That will change, and is at the top of my to do list.

Most of all, thank you to my Guardian Angel for that well-timed tip last night.