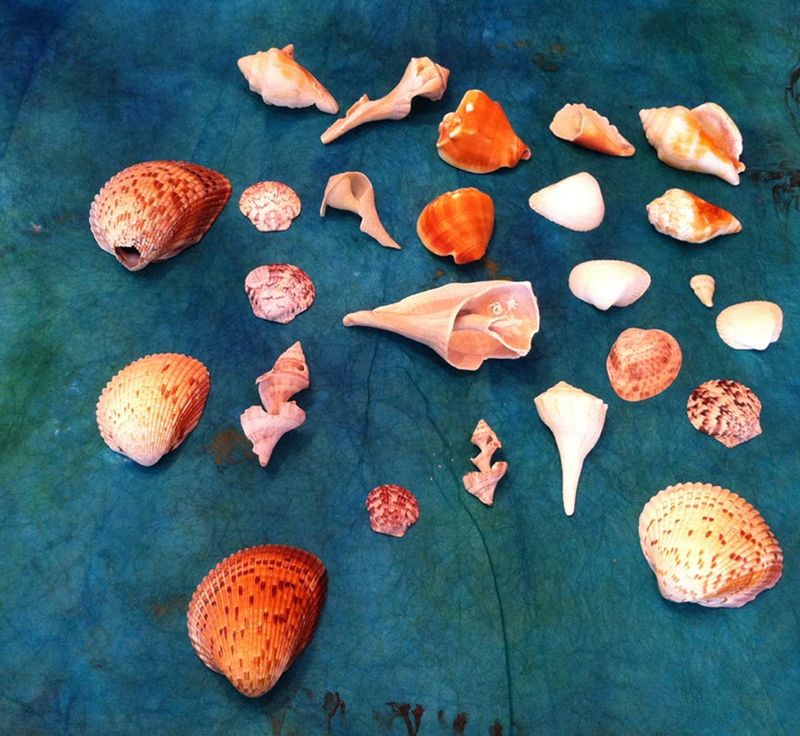 This is my "shell booty" from Sanibel Island.  Just one hour of "shelling" over there resulted in all of these shells, more than I've collected on the Atlantic side of Florida in all of my walks combined.

The past week has been "cold" in South Florida, and by that I mean, too cold and too windy for the beach or pool.  Mom was visiting, so we had to find other things to do.

Mom and I went over to Sanibel Island on Monday, March 4th.  The high was only in the upper 60s, but it was Mom's last full day in town, and I wanted to take her to Sanibel Island.  I had heard that shelling over there
was fabulous, and it was.  However,
there were also thousands of dead sea creatures littering the beach, fish,
crustaceans, etc.

The cause:  A
red tide.  From Wikipedia, Red
tide is a common name for a phenomenon known as an algal bloom (large
concentrations of aquatic microorganisms) when it is caused by a few species of
dinoflagellates and the
bloom takes on a red or brown color. Red tides are events in which estuarine,
marine, or fresh water algae accumulate rapidly in the water column, resulting in
coloration of the surface water. It is usually found in coastal areas.

Red tides in the Gulf of Mexico are a
result of high concentrations of Karenia brevis, a
microscopic marine algae that occurs naturally but normally in lower
concentrations. In high concentrations, its toxin paralyzes the central nervous
system of fish so they cannot breathe. Dead fish wash up on Mexican gulf
beaches. Dense concentrations appear as discolored water, often reddish in
color. It is a natural phenomenon, but the exact cause or combination of
factors that result in a red tide outbreak are unknown.

The dead fish were rotting and beginning to
smell.

Sanibel Island is a beautiful place, and we had
to pay a $6 toll just to get onto the island and then pay $2 per hour for
parking.  There are shops and resorts and if you have big money to spend, then it's a great place to stay.

The beaches are usually
pristine, and it is a wonderful place to look for shells of all shapes and sizes.  I hope to go back in April. 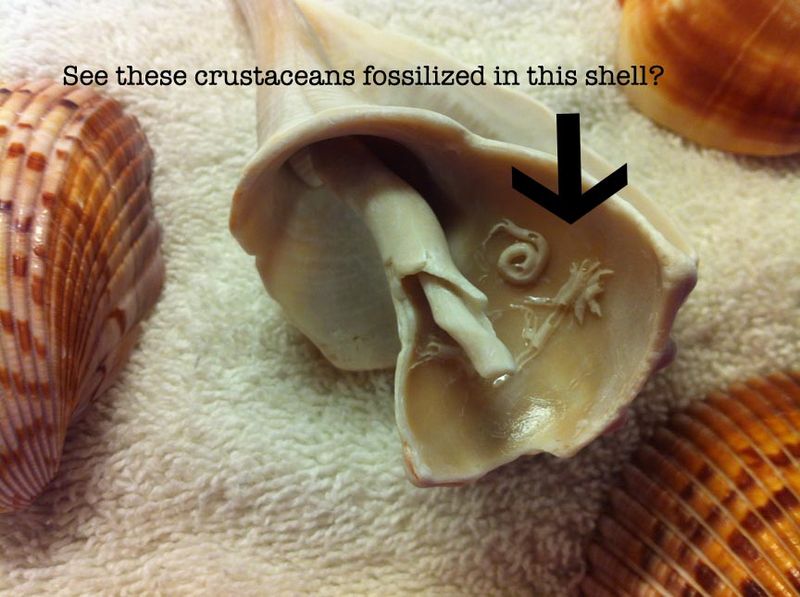 I picked up this broken shell and discovered
fossils of other tiny crustaceans embedded into the shell.  I wonder how that happened?

I am just fascinated by that.

This entry was posted in Travel.