That ONE Elusive Photo 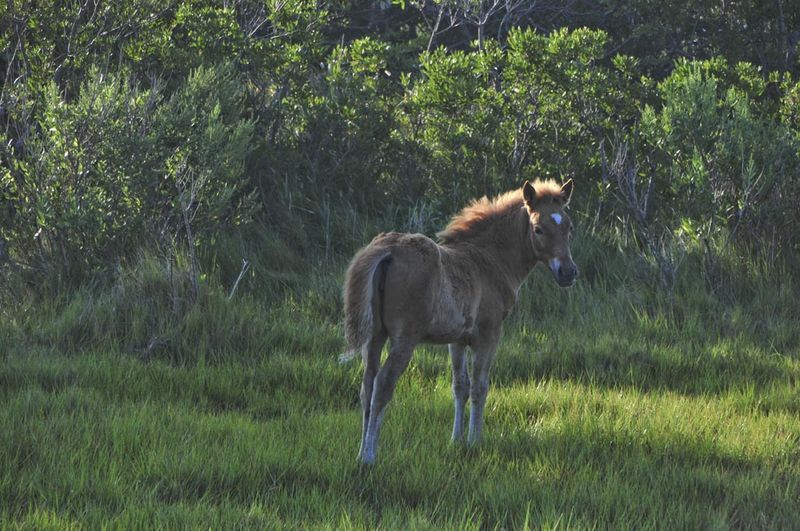 It’s no secret that I am an animal lover through and through.  One of my favorite subjects are the Assateague Island ponies.  I have photographed them extensively in every situation, except for one.

Playing in the surf on the beach.

Here are photos of the ponies on the beach.  None of these photos are mine.

There is evidence of the ponies having visited the beach, but I have yet to see them on the beach.

I was at a craft fair this past winter in Florida, and a photographer from FLORIDA on ONE random visit to Assateague in the month of June got the “money” shot I have been striving to capture for years – ponies on the beach, but not only ponies on the beach, a foal laying in the sand and three ponies standing around the foal.  The photo is gorgeous and as soon as I saw it, I knew it was a picture of the Assateague ponies, and I bought the framed piece.

I have even camped in Assateague on the beach in a tent for two days and nights hoping to find the ponies on the beach.

I am going camping again to Assateague later in the summer, this time for four days and nights, and hoping I have better luck capturing that one elusive photo.

However, I this past weekend, I did get a really cute photo: 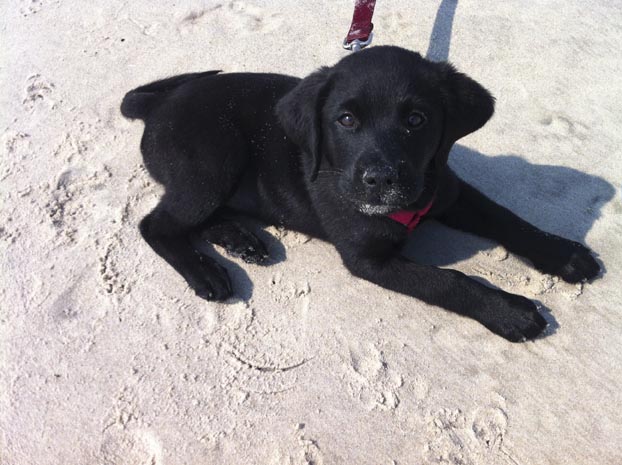 This adorable black lab puppy is nine weeks old, and her name is Gidget.  (She reminds me SO much of my Daisy…)  Would love to get another lab someday….

On another note, there are a lot of Independence Day celebrations this evening, enjoy, and Happy Birthday, America!

This entry was posted in Photography.