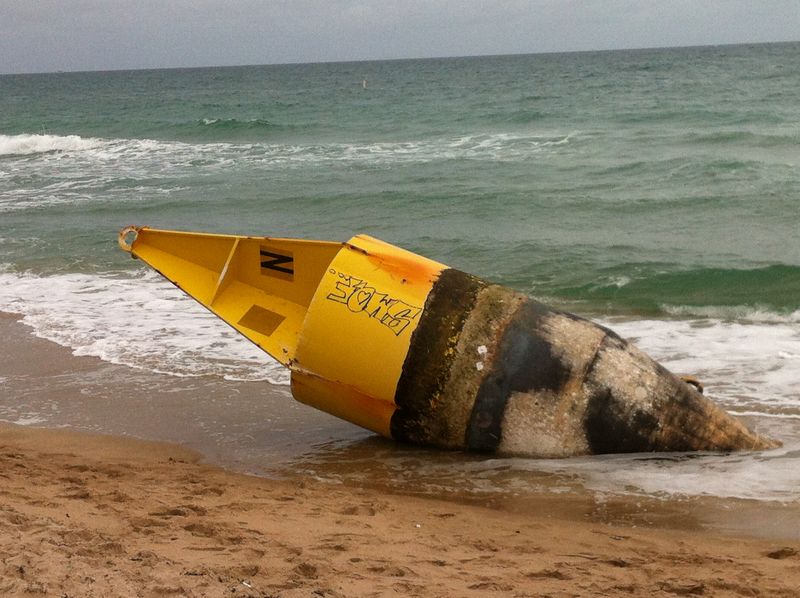 This 6,000 pound buoy grounded itself on the beach in Lauderdale by the Sea, FL on December 8th, and I photographed it on December 12th and wondered where it came from.  Well, now I know.  The buoy is a navigational buoy and it broke from its mooring near Ft. Jefferson, Dry Tortugas National Park, which is 70 miles west of Key West (in the Gulf of Mexico) during Hurricane Sandy.  The buoy drifted for several weeks before washing ashore in LBTS.

I think it would have been super cool to leave the buoy right where it was.

No Fear: My Camping Adventure to Assateague Island – Part II

My Visit to the Lower Ninth Ward