I've never been to an opening day for any baseball team before.  Well, that all changed yesterday, when I went to the Washington Nationals Opening Day baseball game.  It was a lot of fun. 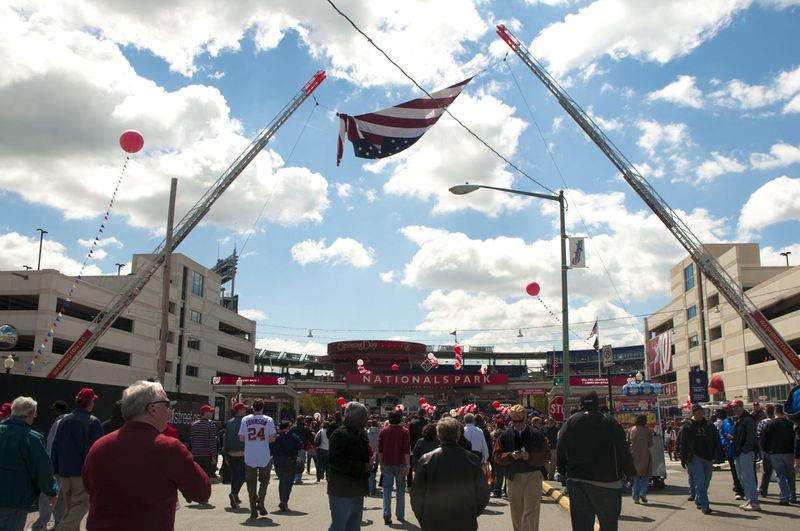 Parking is very limited at Nationals Park, so Metro's Green Line is the best way to get there.  This photo was taken walking from the subway to the park.  There were two fire trucks on each side of the street displaying the American flag, but the wind had other ideas, and the flag ended up all twisted. 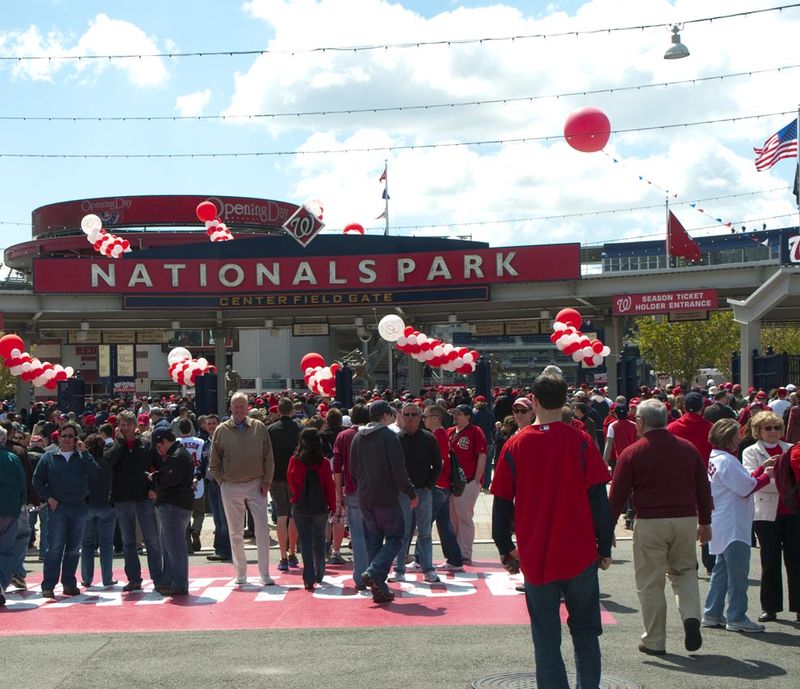 I love how festive everything looks.  The first 30,000 fans got a free Nationals ball cap. 🙂 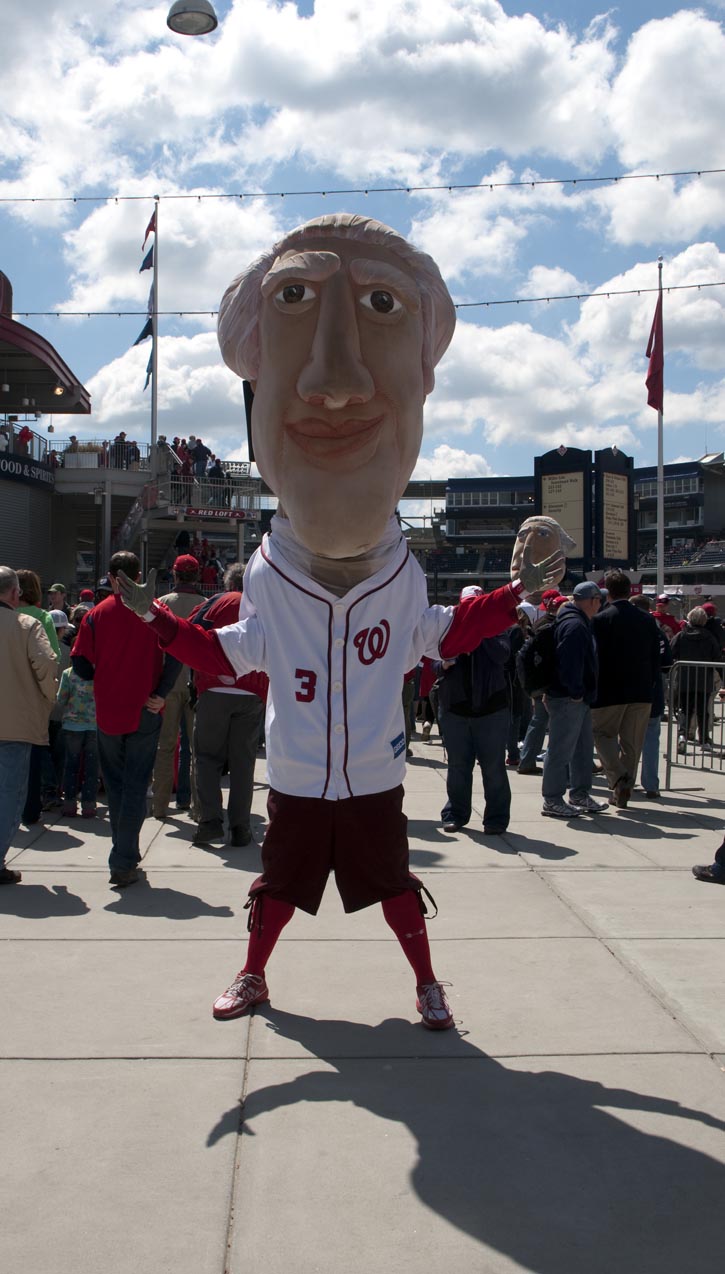 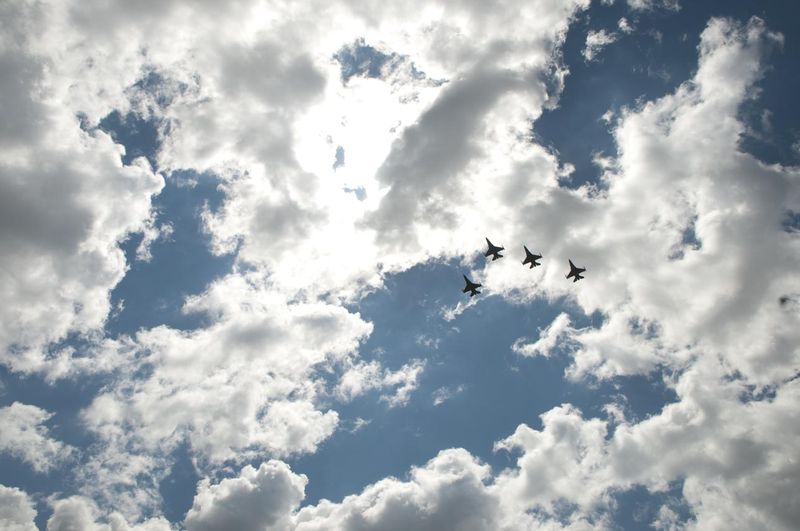 Fighter Jets from Andrews AFB did the fly over after the National Anthem. 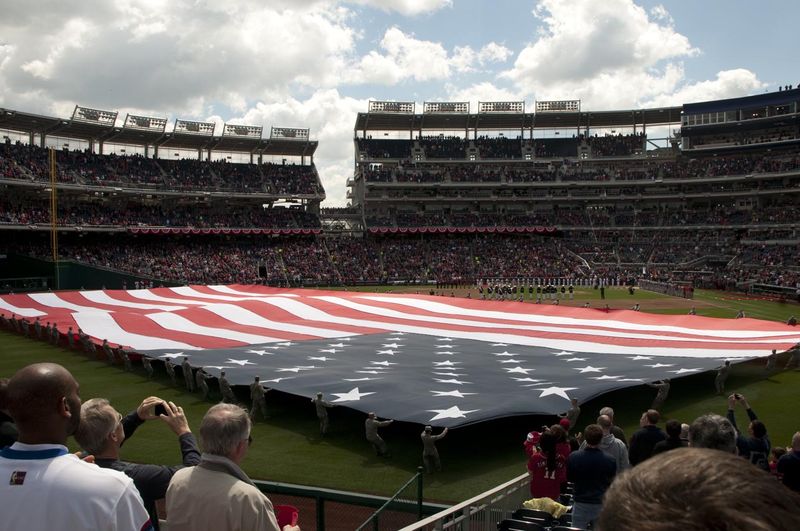 Love the way our Marines held up the flag over the ball field during the opening ceremonies. Actor, spokesman, retired soldier and Season 13 winner of Dancing with the Stars, J.R. Martinez throws out the opening pitch.  J.R. Martinez is an inspiration to all.  He has overcome some horrific challenges to be where he is today. 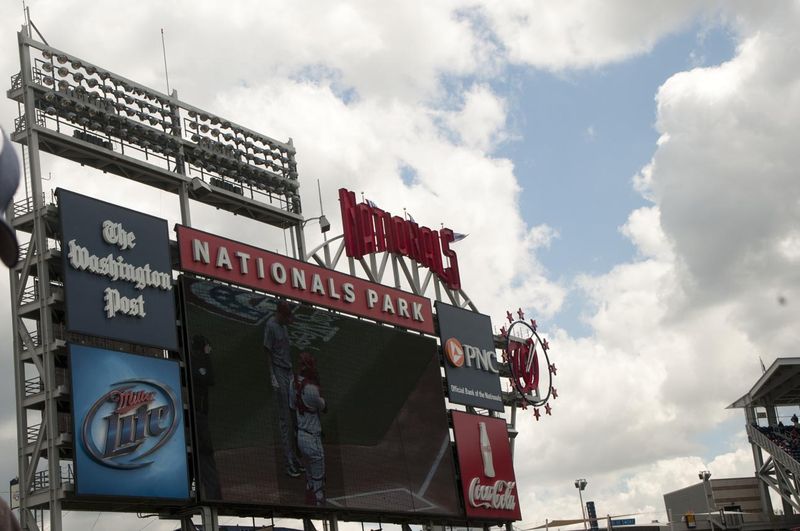 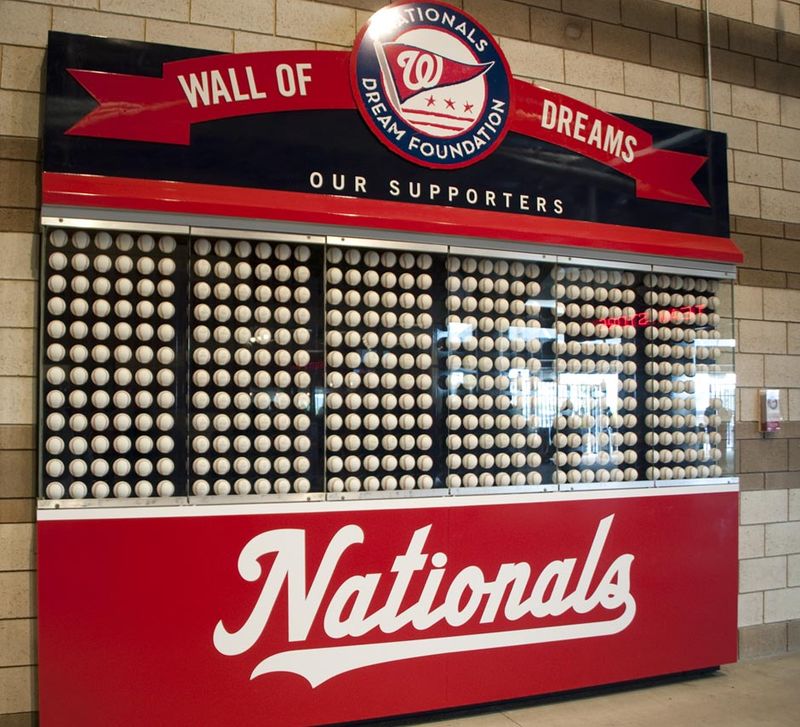 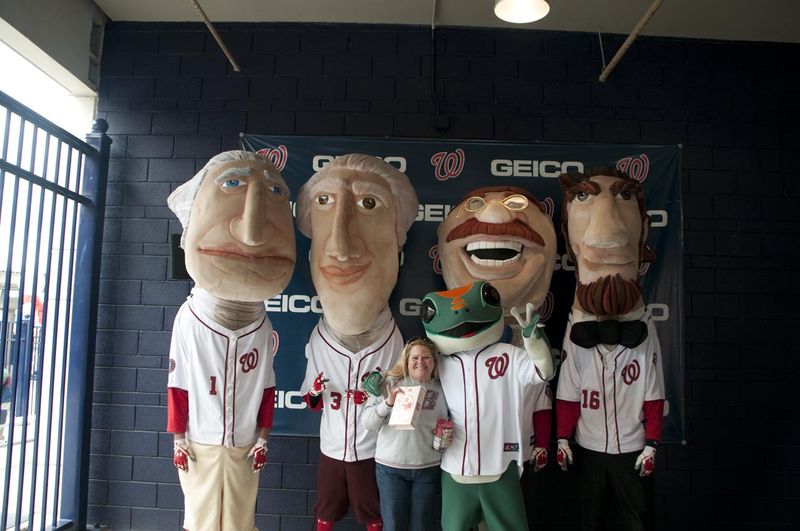 There's me with all of the Running Presidents, from left to right, George Washinton, Thomas Jefferson, Theodore Roosevelt, Abraham Lincoln, and not sure who the green guy is. 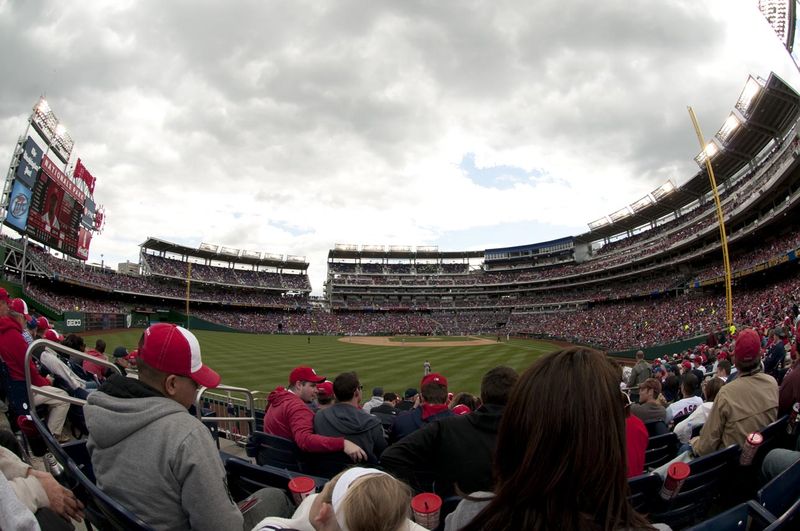 Photo taken with my fisheye lens.

It was a great day at the ball park, and although I am not a big baseball fan, I am a big fan of ball park food.  Who knew it had become so upscale?  But there's still the old time favorites, hot dogs and cracker jacks.